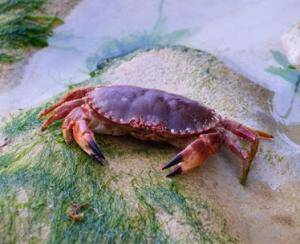 The new moon in Cancer will take place in the late evening at 7 degrees on June 28th. Cancer is moon-ruled and known for it’s sensitivity. I’m afraid this new moon will be quite aggravating.

I say this because Jupiter in Aries will also be at 7 degrees, squaring the sun and moon. Jupiter in Aries can be enormously demanding and I can tell you exactly how something like this plays out.

I had this perennial boyfriend; he was a Cancer, named Scott. He would do what Cancer’s do, and go hole up on occasion.  Jupiter in Aries is like Mars in the 9th, which I have natally.  I’m the obnoxious figure here. I would drive over to his house to bang on his door and order him to open it and talk to me. I mean I would POUND on his door.

Control, much? Yes! On both sides.  Do you think he opened the door? Generally, he did not! So this is what is setting up and worse, Mars in Aries will be squaring Pluto in Capricorn.

Basically, there is a giant fight brewing here, possibly centered around the family. It’s also possible a person lashes out because they feel insecure.

Jupiter is benefic planet, so this helps. But with Mars square Pluto, the potential for violence exists. Further, it’s going to be hard to ride this one out because it’s so personal. It may be you have to have the blowout to clear the air. I’ll just say this – if you do pick a fight, be aware the other person’s reaction may be way out of bound. Picture, Scott, opening the door wielding an ax! He was not like that but the visual is appropriate for this new moon.

As always, energy is neutral until it’s directed. There is a mega-ton of energy to put to use here but you’ve got to own the Mars side of this.  You see the difficulty. You may want to retreat and pull your horns in but someone or something is going to pounding on your door and there is no easy resolution.

How do you feel about this new moon? Will your chart be impacted?