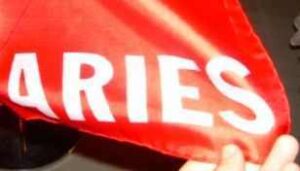 The thrilling new moon at 18 degrees Aries takes place on April 7th, 2016. As you can see in the graphic, the Sun and Moon are mashed with Uranus. Uranus is an outer planets which tends to bring events that out-of-this-world.

Aries is a brash, self-centered sign. Having an emphasis on Libra, I look at this and think, you! You! YOU!

I don’t say that in a judgy way. There are times when a person should act in their own interest, or assert themselves and their independence.  This new moon screams, “reinvent yourself”.

Now if you have planets or angles of your chart in the mid-degrees of the Cardinal signs (Aries, Cancer, Libra, Capricorn), you are most definitely going to feel this. Think “radical change”. I have a perfect example of the magnitude of this…

Some who read her might recall my perennial boyfriend, Scott.  We dated on and off for 17 years – he’s a Cancer.

Cancers stick close to home, right?  Well, Scott (along with his family) are leaving the country on this day, with no plans to return. His mother is leaving too. This is days before her 90th birthday!

Now tell me this is not unusual!  So don’t underestimate this!

Last, while this new moon is unpredictable to some extent, it’s still worth trying to channel this energy – ride this beast. We do that by setting our intention.  Here are some ideas…

Where does the new moon fall in your chart? Are you feeling the effects yet? Have you set an intention?