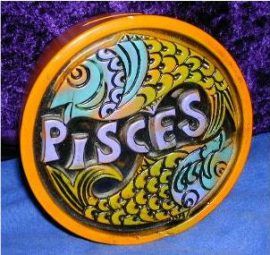 Part three – The Pisces and the Scorpio Collide

Catch up here Wild Astrology In The Wild – Part one

The Pisces picked up. He knew I’d been dating the Scorpio. Since he was doing whatever he was doing and he wasn’t doing me, I’d moved along. He had his process which was nebulous but he still called me a couple or three times a week. We talked astrology by now so I told him about this guy’s fancy dick, Pluto and my blown pipes.

Well, well, well. I finally saw his Scorpio Moon peep out. He said the guy would call me again for sure and he felt I needed to lose him. He thought he was bad news. (I smell a cock-block)

I agreed, but how?

To tell the truth, I was a little intimidated by the Scorpio. He was intense. I mean he liked to stare and talk about his dick for one thing, so you know. He was your basic piece of work.

The Pisces wanted to help and his Scorpio Moon knew how. He told me I shouldn’t wait for the call. Instead, he suggested I call the Scorpio immediately and catch him off guard. This way I’d have the power.  Hmm. 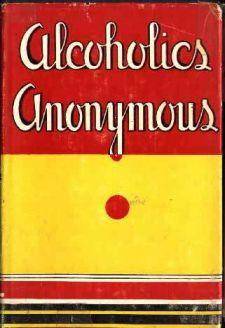 Then when he picked up, I should tell him not to call me again. He explained if I waited for the call then I’d be waiting for the call and I’d be twisted up about it. This made sense so I continued to listen and he continued to talk.

“When he does call you, who knows what you’ll be in the middle of? You could mess up the call and get yourself re-engaged with this guy… this dick. But this other way you’ll be clear and in control,” he explained.

“It’ll work,” he said. “You’ll have just told him not to call and if he’s thick and calls back you’ve got every right to just hang up. Because you said you didn’t want to talk to him and at that point, he wouldn’t be respecting your wishes.”

I made the call and it worked out beautifully. The Scorpio was surprised. He’d played his hand poorly the night before and I could feel his seething. I thought my astrology studies were going very well even if I wasn’t finding a father for the kid I wanted to have.

The Pisces and I continued to talk. Several more weeks passed before I learned he had a girlfriend who he lived with. I found out because he told me otherwise I’d have never dreamed it in a million years mostly because we talked for 3 hours at a time and he seemed so honest.

“What? You have a girlfriend? What the fuck are you doing calling me? What kind of dick are you?” I asked.

“She knows about you,” he said.

“No, she knows about you. Look, Elsa. I told you I was in love with you and I told her the same thing.”

“Get the hell out of here. You didn’t tell her that.”

“You have a girlfriend and you told her you love someone else and she’s sleeping with you?”

I snorted but it was because I was disgusted. I was appalled.

“In love with me but sleeping with her?”

“That’s disgusting. One guy has a fancy dick and other tells me he’s fucking another woman…”

“But why? We’ve never slept together…”

“Yes I know. But I didn’t know you had a girlfriend. What the fuck?”

“Talk? Fuck no you can’t come over. I don’t date other people’s men, you asshole.”

“Look. Um… I’ll talk to you later or something. I just can’t believe this. This is just too gross. Yuck. I want to think, okay? Just let me think what the hell this is. I’ve gotta go.”

I brooded for about two hours and then remembered his trick.

“Hello, Pisces with the Scorpio Moon? I don’t want to talk to you again. So please don’t call me.”

Shot with his own gun.