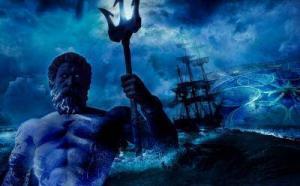 I have Neptune on my midheaven.  This morning I woke up to a comment left by some dude who said I was obviously damaged for life? And various other sundries…

I’ve seen this guy do this to others around here. I’m talking about you, Dawn.  Yes, it’s that same boundary-free man.

I’ve already tried talking to this person about messing with people on this site. He wasn’t too happy about it and now he’s back to stick knives in me, so I deleted the comment. I noted that Mercury is opposing Saturn with Mars is conjunct Uranus so, bam. It’s a cutting rejection and I own it.

Then a few minutes ago someone posted a comment on this old video; looks like it is from 2014?  It also looks like it’s not on this blog which is surprising.

In whatever case, here it is. I like it because it’s still 100% valid but also because projection is a simple thing.  I feel the video illustrates this and now it exists on this site.

Oh!  And for newbies, “The solider” is my husband. We met when I was 17 years old. This is what I’m talking about.

What do you know about projection?

Edit for clarity – I learned via a comment, it sounds as if, Dawn, did something. This is wrong and my poor writing is at fault. I’m sorry!

Dawn got bombed by this same man. Basically he’s a drive-by shooter. He reads people comments and then writes crap he imagines about them as if it were true!  It’s disturbing. It’s also a pattern and he won’t get away with this on this site, ever again.