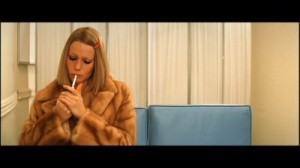 Several references to Kenny Rogers around here recently and I am reminded of “Cousin Gerard.”

This was at the tail end of my Pluto to natal Neptune transit and I woke up in Las Vegas. We were staying with my boyfriend’s aunt from his mother’s side of the family, the Chinese side. While we were there his father, the travelling professor phoned to tell us that “Cousin Gerard” from Austria would be joining us. It was a very Wes Anderson-esque extended family comedy situation.

My progressed moon was in Virgo at the time and I was hiding the fact that I was smoking cigarettes again. I liked having a secret. I would sneak off down stairs and take walks on the nature trail next to Aunt Judy’s condo so I could smoke and gather my thoughts.

One such afternoon as I returned from my “innocent stroll” chewing five pieces of Dentyne as if that would do anything to mask the odor I walked in on Gerard’s lament, “When are we going to see where Arnold works?”

My boyfriend, TK (Sadge Rising, btw) replied in one of his characteristically broad interpretations “You mean California?”

“Yeah, Cah-Lih-Fo-Nia, When we going?” as if it was across the street, like some new Thai restaurant we had been meaning to try but hadn’t gotten around to yet.

“Is tomorrow good?” TK looked over at me still standing in the doorway fumbling around with my overcoat. “Nota, do you want to go to Cah-Lih-Fo-Nia tomorrow?” He said mocking Gerard’s accent. Did I mention the Sadge rising?

“You’re right, we should call Mary and see if anyone is in town.” He was referring to another cousin who lived in San Francisco with whom we could presumably stay.

I was assigned navigator. I was to print out any maps we might need and plot our route. The three of us were headed to San Fransisco for a week. Then somewhere in the negotiations over where we were going to stay we were recruited to pick up TK’s aunt, Li-Tian in Sacramento on “the way back” to Las Vegas. Li-Tian had recently suffered a nervous breakdown and was unable to get herself to Judy’s condo which had become ostensibly a repository of the family’s ills. How could this possibly turn awkward?

Come back tomorrow and I’ll tell you what Kenny Rogers has to do with all this.

Do you have a big crazy family or know someone who does? What’s up with your 4th house?