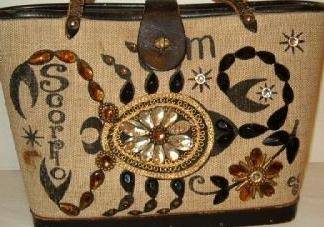 60% of you reported having a physical preference of a partner that is distinct from that of your siblings which was surprising to me. You would think the parents play a fairly large roll in this but maybe not.

Now my sister and I have rising signs just one degree apart. Which means we have the same 7th house (describes the partner). We have different planets of course, but sure enough the similarities (and the differences) in the charts show up in real life.

We’re on the phone here. This would have been fifteen years ago, give or take. She was married, I was out dating around. We’d discuss the chart of whoever I’d met, having both studied astrology since we were kids… 8 and 10. So on this day,. I’d called her up with my latest. And we both go for Scorpio, but…

I didn’t answer. I was in the habit of letting my sister talk when she was willing, because she pays like a hot slot machine, always. I heard her inhale on her smoke.

“I gotta tell you. I don’t know what you see in this much Scorpio. But whatever it is, you sure see it. Because you come up with this again and again and again.”

“Yes! And me? Well I like Scorpio. I am married to a Scorpio. But you couldn’t get me to be in a room with someone with a chart like this.”

“No, I’m not kidding! Are you kidding? This much Scorpio would fry me completely. It would be the end of me. I will be around a Scorpio Sun and maybe one more planet and that’s it! Venus or Mercury in Scorpio, maybe, but hopefully not! A little of that shit goes a long way.”

“I’m not sure what you’re talking about,” I said.

“I know! This shit does not faze you, it never has! You’ve always got your life full of people with stelliums in Scorpio. Most of them have squares from Pluto to boot, and you? Nothing. You don’t seem to notice or mind their shit.”

“That’s what I mean! Look, Elsa! Anyone with this much Scorpio is going to be pulling shit left and right.”

I smiled on my end of the phone. “I don’t really notice. I must like it, apparently,” I said. “It must not be causing me a problem.”

She meant her husband. They liked to discuss me all the time. Like a science project.

“Anyway, here’s another thing. How do you stand these Scorpio Moons? I can’t. I have come to the conclusion that everyone with a Scorpio Moon sucks!”

“I’m serious. They are just too fuckin’ twisted. These days, when I meet someone and I see a Scorpio Moon in the chart… do you know what I do?”

“Well it’s true. I am tired of being eviscerated by those fuckers. I’ve been burned too many times. I have been burned by every Scorpio Moon I have ever met and I’ve decided that I want my Scorpio where I can see it! Scorpio Sun! Sun in Scorpio and one more planet and that’s it!”

I laughed. “Well, okay. I can’t believe you feel this way, but obviously you’re serious. So what do you think of the chart, anyway?”

“I think it’s burning my hand off the end of my arm.”

I laughed. “Okay, never mind. Put it down.” My sister is psychic. “I think I get the picture here…”

So with a nod at the current line up of planets in Scorpio, what about you?