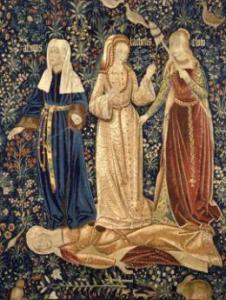 I used to know this gal, she was a good friend of mine. She was a Libra with a Scorpio moon. You can peek at her chart here.

I’m going to tell you something I’ve never anyone before. It’s about this woman who used to say, “It’s up to the Fates!”

“I guess it will have to be up to the Fates to decide,” she would explain to whoever was listening. She always had an audience.

So what are “The Fates”?

I think she was referring to the Moirai though she never explained.

The astrology is interesting. Her sun conjunct Neptune in Libra would have a hard time deciding. Moon, Venus, Saturn conjunct in Scorpio. Whatever those women say, goes, I guess.  But she really believed this to be the way things worked. If you want to argue this with her, you can’t because she is dead.

My friend died after taking a lethal dose of drugs. She called poison control shortly after, in effect, leaving it up the fates whether she live or die.  The ambulance arrived quickly but not quickly enough. We never got to see her again and I don’t anyone who was close to her ever recovered.

Are you a mystical person? What do you think of this story? How does it make you feel?