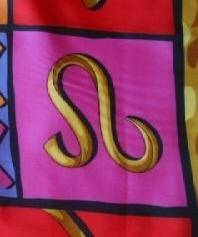 This may sound strange, but I wonder if my boyfriend has a small crush on one of his roommates. On paper, it might look like he wouldn’t be attracted. He prefers non-stoner, non-hippie, somewhat slender girls, and she is a curvy pot-smokin’ bohemian. But I just can’t shake the feeling. He speaks about her so loftily, bringing her up what feels like often. He seems very impressed by her tastes in movies, music, and books, and of one of her crushes, he said “Well, girls always seem to go for what’s way beneath them.”

All in all, I’m fond of this girl and we’ve become friends. But to me the attention he grants her is suspicious. I know for certain he would never actually cheat on me and also that she wouldn’t ever go for him, but I still feel that this is all very unfair. I’ve talked to my friends about it and they actually said to ignore it– that even if he does have a crush it’s totally harmless (one friend even called it “normal”), because he clearly adores me. Is that right? Am I going crazy? I don’t want to confront him and look like a jealous psycho. What should I do?

I think you are right about everything and I think your friends are right as well. I will explain that and I will tell you what I would do and what the charts reveal… and after that you’ll have to decide.

Now personally, I would read everything the way you have and I would leave this man. Because I like things very focused. And perhaps it’s my ego too. It’s fine with me if it is. Because I have Venus in Leo and I am just plain not going to be seen screwing some guy who is enthralled with another woman. And you’re a Leo Sun, so I think you can relate to this.

However your friend who says this is “normal” is right. It is normal for him. Your boyfriend has Neptune square his Moon and his Mars, and he going to be leaking and fantasizing all over the place, mostly unbeknownst to him as you’ve witnessed. So can you stand that? Because if you’re with this man, you’re going to have to. And I want to point out one other thing.

It is his chart with all the challenge. You have a lot of ease in your chart and in your life in general, as evidenced by your attitude about all this. You can go or flow anyway you want to pretty much. So this is where you are. If you like it, stay. If you don’t then leave – and either way, I don’t think you’ll have many problems.