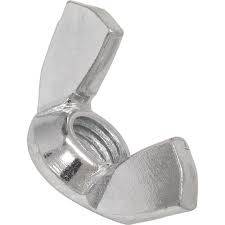 This may sound as if I am complaining about my husband – I am not. I would not change a hair on his head. I just think this stuff is interesting.

I’m using my husband as an example because he’s married to me, but besides that, we met when we were 17 and 19 years old. He knows me well. There some things he does and thinks and says that truly bewilder me.

First, whenever I have a conflict with anyone – anyone – he sides with the other person. This doesn’t bother me on the whole. Having a sycophant husband would bother me, tremendously. I just think it’s curious.  While he may see and acknowledge any points I make, in a mild way, he invariably lands squarely on the other person’s side.

This may be because we have Mercury in opposition.  I just thought of that. His Mercury is in Aries vs my Mercury (conjunct Mars) in Libra. We do spar. We do oppose. But in whatever case, if I have a problems with someone he is sure to side with them…even when he thinks the person is wrong…even if he thinks the person is a total son-of-a-bitch, whom he loathes, he will still blame me or some failing of mine for the problem.

The other thing that’s odd is I have this reputation as some kind of flake. I have no idea where this comes from. I show up for work, reliably. You can see that. I pay my bills on time, every time. I have never bounced a check in my life!  I get up every morning, without fail and I perform I’ve maintained this blog for thirteen years!

When I was going through RCIA, they gave me a list of things I could volunteer to do. There was 150 things on the list. I was only interested in doing one of them!  I wanted to bring communion to the sick.

It took me several years to become qualified, but I never wavered – now bring communion to the sick. I have certain days that I volunteer and do you think I fail to show up on those days. Nooooooo!  I’ve followed through.

It seems to me, I’m stable and reliable. But my husband thinks I’m a wing nut, and he’s not the first man whose known me to suggest this. What are they talking about? Is it because I sing to the dogs?

Well let me tell you something. I do not sing to my dogs because I am crazy. I sing to them, because I am happy and when you’re happy, songs just come out.

But people are seeing something, I will admit this.  Because when I met my husband’s son, I asked him what his impression of me was. He said he’d never seen anyone, suddenly just run places. You know. I get out of the car and sprint into the store. (Mars Mercury)I have a reason for that, but I didn’t feel like explaining it.

The other day, it was bitterly cold out. I ran across ice into a store. Some stranger told me to stop running so I wouldn’t slip.

Now is that crazy?

Or am I just willing to take a risk?

Are the people who you think are crazy, really crazy, or might it be you, who needs your head examined? 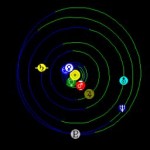