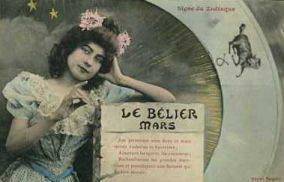 I have known a man for 3 years and the chemistry – both intellectual and emotional – was intense, as was the physical attraction. However, due to geographical/career constraints we went our separate ways but always stayed in touch, helping each other through turbulent times by talking/writing to each other. Although frustrating for both of us, the separation was good in a sense, because it delayed the physical and allowed us thoroughly to get to know each other first.

My father was diagnosed with cancer last year and before he went to surgery I confided in him and told him about this man and how special he made me feel. I wanted my dad to know, because I was afraid that he was going to die. My father got better and I planned on making a trip to visit this man in South America, since he repeatedly kept inviting me over the years but due to family obligations I had to make a unexpected trip to Europe instead.

While in Europe, my father obtained my personal/intimate letters and called this man and told the guy to leave me alone and stop brainwrashing me. He then proceeded to make up lies about my family history, stating that my grandfather was a Nazi officer and had killed Jews and how he hates all Jews. And this man is Jewish, and I absolutely adore him. When he told me about the call, I was shocked, betrayed and terribly hurt that he had to hear such hideous words.

My friend was to arrive for business to the States this summer and we planned on seeing each other, but my father told my friend that he made sure to send me to Europe so that when he came to America we would not see each other. After I came back from Europe I decided I was going to go see this man no matter what, but was called a cheap whore and told that if I went to see this man, I would be completely cut off from my family.

I am split in two, scared of my father’s opinions of me, scared of this man’s opinion of me, after all the s*** my father dumped on him. And since this incident I find myself more and more attracted to this guy, wanting to be with him is turning into an obsession. I don’t know if it’s because there is some REAL undeniable synastry working here, or because this is a direct rebellion against my father who I have feared and loathed most of my life (even as I’ve repressed and hidden these emotions from him).

Both my friend and my father are Libras, so this feels like a sick Oedipal love triangle. An astrologer in Europe told me that when she placed my astrology chart with my friend’s, it looked like we had the same chart. I don’t know if she was lying to me because she saw how desperate and sad I seemed, or if there truly is a unavoidable KARMIC ATTRACTION between us.

Arrrrrgh. Your father is a controlling jackass, and your astrologer is a liar. Your man in South America does in fact smack of your father, in that they are both very controlling men.

You are only 24 years old which means you met the man in South America when you were 21, and that he is nearly 10 years older than you. This leads me to think your father’s concerns may have merit; however the techniques he uses to control his daughter are abhorrent.

Now I were him, I would voice my opinion once and then let you go live your life. I do think the crap your father has pulled has increased the appeal of the man, because you have Moon square Uranus and are naturally going to rebel against your family / your roots.

As for the karmic connection between you and this man, I don’t see it. I think he is a father substitute. Your father is a pot calling the kettle black… but I also think it takes one to know one.

The man is attractive also because he is inaccessible, which makes it easy for your Moon in Pisces to dream him into whatever you want. I think if you were living in the same house with this guy, reality would hit quickly and hit you hard.

Last, just to help the Pisces… you say this man supported you and I believe you. But so did your father over the course of your life. I hate to say that. I hate defending a bastard, itâ€˜s just that you are very smart and you understand psych and I think if you can see the mirror image here, you can get free which with Moon square Uranus, ultimately what you want.

Recognize you are oppressed by both men because the South American is preventing you from having fun with men who live nearby and offering nothing but invitations you travel to his doorstep. (Saturn opposite Mars in the birth chart)

Then work towards the goal of achieving independence… independent of father figures.