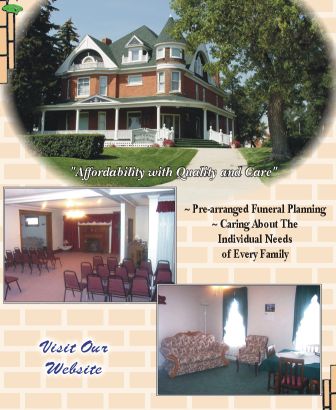 One thing about having a packed 8th house, everyone is always innocent but you. It sets up like this on a routine basis and has throughout my life. I think this is why people like me find and maintain an inner circle.

I remember some years ago the soldier told me he wanted someone to be on his side.  Be on side and stay on his side. It’s too much to ask of most but I understood him and while I didn’t say anything at the time (he’d have never believed me), I silently committed to being on his side from then on out, for the rest of my life.

I figured I knew him well enough. I knew his character and I figured if he was taking fire and there were smoke on the hill… well when it cleared I felt confident his good character would still be there right where it always was.

The current situation reminds me of when Henry died. I was in my early 20’s and called to administer his will.  He died suddenly, just 3 days after I took him to the emergency room and it was just shocking. For one thing, he’d not been to a traditional doctor in all of my lifetime that I can recall, but also he was my Grandpa and bigger than life.

Henry always said he thought he could live to be 100 and he was quite credible. He was nowhere near 100 when he died so it was shock and then shock.  First he wants to go to the hospital and 3 days later – dead.

My bosses mother died within an hour of Henry dying.  They were Jewish so she had to go sit shiva. I didn’t know a lot about that at the time but Henry taught me all about respecting other people’s beliefs so I found myself working while he lie dead in the hospital so that my boss could… do what was required. I was tending bar, see.  Trying not to cry throughout my 8 hour shift.  Didn’t tell anyone of course. The people in the bar were there for a good time, plus I knew if I said anything I would come unglued.

I didn’t realize I would be called to take care of his body.  Like I said I was young and both parents were living and you just kind of assume this will fall to your parents not you but that’s not what happened. It fell to me and the hospital called me repeatedly to come get him. They wanted the bed, see, but I didn’t understand and I mean I did not understand.

I finally got off work and drove to the hospital as I had been ordered to all day.  I met whoever it was I was supposed to meet and short story short, they told me to get him out of there.  I was not sure what they meant. I did not know where I was supposed to take him.  I was in shock, see?  And also just plain ignorant.

“Whatever funeral home you want to use.”

My head was spinning, the man handed me a phone book.  “Pick one,” he said.

“They’ll come get him in an ambulance,” he said.

I was immediately terrified. Being from the desert and being poor, all I knew was I could not afford an ambulance…

The story goes on and it gets worse.  I wound up having to clean out his house over the course of about 6 weeks, I was taking care of my mother at the time and I don’t know what to say besides this damned near sent me around the bend.

I wound up fired by the same boss I’d covered for – I can’t tell you why except she was grieving and I was there. I had worked there 3 years and not a month prior I had watched this gal’s 3 kids when she went on vacation. She told me at the time there was not another person in the world she’d trust with her children so you might imagine my shock when she fired me.

I lost my family at this time as well and I mean I lost every single one of them.  They were also grieving and somehow in their grief I became the guilty party and I was stunned by this. How can I be the guilty party when I am doing all the work?

But I am telling you this is what happens when you have a chart like mine. You do all the work in the dirty grave and the people who aren’t charged with such things talk about you. You’re black and they’re innocent.

I came out of that period about a year later when I met, Ben. He’s a Scorpio. I have been on his side since and he on mine. Life long friends.

When you are looking for the blackest, darkest, I am her. I trump the Special Forces soldiers and the triple Scorpios, hands down and I don’t even try.

I know what it’s like to be me but I wonder what it is like to be you.  Innocent.  What is it like when everything bad and nasty and wrong goes on the other person?

Maybe someone will tell me.