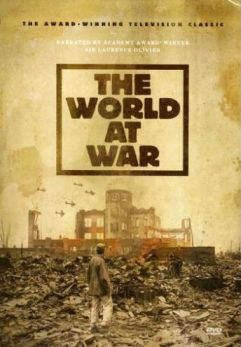 Regarding the blond ponytail lady, I hope this isn’t misinterpreted but!

over the last weeks.

As most of you know he’s a war history buff and he considers this the best war documentary ever made. It was made in the seventies and could not be made now as many of the people interviewed (Holocaust survivors for example) are dead.

It was also made before “spin” and “political correctness” became so prevalent. Back when documentaries were made to inform and actually document history rather than something fashioned to entertain or advance a political agenda and while it is long (11 dvds) it is inordinately interesting.

So anyway we got to the part where Jews started to be singled out as targets and it stated very simply, Germans weren’t feeling very good and could be made to feel better by putting someone else down.

No wonder it’s so chilling.

Now don’t go making a tie to “blond hair” because it’s not my point at all. My thoughts are around history repeating itself (as it certainly tends to) and the risks and the slippery slope you stand on when you degrade another person (for any reason) so that you can feel better. And why is this relevant now?

Because people aren’t feeling so great are they?

So who gets targeted next? Old people? Fat people? Smokers? All of those..? Or is it a race?