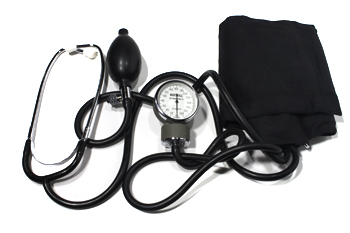 I figured out the low blood pressure, I am almost positive it is a response to trauma.

My blood pressure is normally low, around 96/65 ish. When I got to the ER I was in a hell of a state, my blood pressure at 113 over something which is very high for me. I didn’t say anything to the nurse admitting because that’s not high blood pressure and as I’ve explained a few times, I am hard to diagnose and have to beware as being seen as crazy.

Longish story short they put me on an IV which I know raises the blood pressure. I mean when your blood pressure is low, they give fluids to bring it up and eventually put a cuff on me.

The first reading, an hour after I’d been in there was 84/43 which alarmed them until I reassured them I was fine and that was normal for me and I had seen my blood pressure lower. The BP checking is automatic and 15 minutes later when it checked it again (and theoretically it should have gone up due the fluids) it had dropped to 78/48.

You can see right here how I cause a problem for doctors. It’s just like Dora. It appears something is dramatically wrong and when Dora sees the doctor’s concern she gets concerned herself and I have a similar response. Once that response kicks in, all bets are off. We go into various hijinks we learned long ago.

In my case, I have a “survival mode”. I wrote about this in my book. It is possible to be pushed to such an edge you have to shut down systems to protect yourself and I learned to do this when I was kid.

In my book I equated the experience to being left alive but with only enough energy to keep a pilot light going. It’s just very dim, you’ve got to shut down systems or you are simply not going to make it and I think I still do this is a habit.

What I learned last night, or rather what I verified was that if you are in this state (lizard mode), you are extremely fragile and jumpy. Jumpy like a lizard actually which will sit very still but also very ready to react.

The point here is it’s not just physiological. I think when my body drops my blood pressure like that there is a whole concert of things going on that are very complicated. Add to this acute, bewildering symptoms and you can see why I was in there for 8 hours, the doctor telling me I was strange.

If he only knew how true that is.