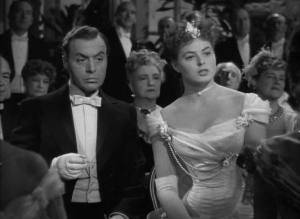 Mercury, Jupiter, Saturn and Neptune will form a Grand Cross in the Mutable signs, the third week of June. I expect this to be huge, because I’m already seeing signs of it.  To be succinct – people don’t know what to think! I’ll give you an examples…

First, I have a client who had to pass a test to keep his job. It was clear the woman judging his test didn’t like him. Why she didn’t like him was and is still a mystery. But she definitely wanted to see him go down.

So he took the test. A day later, she had his result and started winking at him ’round the office. Winking and smiling.

“What’s she trying to tell me?”

“Maybe she likes me again.”

This went on for a week…and then the man was fired. He’s extremely good at his job. He has constant offers coming in so he’ll be all right. But you get the picture here.

He has no idea what he did wrong on this test.

He’ll be replaced on his projects and his customers will also be confused.

He’ll interview for new jobs and have no (real) explanation for why he was fired.

His supervisor also has no idea why he was fired (it happened up the chain). My client was the best closer he had!

We’ll also see thoughts and feelings mash up and make a mess.  Example, someone posted in the forum the other day, soliciting opinions. I offered mine – straightforward in my usual style. The person was confused by my statement. I felt at a loss to explain it because it was already as plain as one of the basic shift dresses my mother used to sew me to wear to school when I was a kid.

Make no mistake, I expect people to suffer under this. Mental anguish. If you consider every person mentioned in the two examples above, you can see that no one came out on top.

You may as well give people the benefit of the doubt at this time. And if someone really is undermining another person, Saturn is involved here and karma will get ’em.

Can you see this playing in your life? Tell us your story!