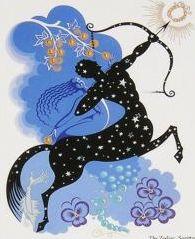 I really can’t believe what’s transpired in the last three days or so. First, I get scheduled for an MRI, radical x-rays and an appointment with the next neurosurgeon the area all within the span of an hour!  Have you ever heard of this?  God apparently think I’ve had enough.

Medical problems aside… well, they are minuscule, compared to my main problem at this time. I mean this, even if I need spine surgery. I’ve mentioned this hear or there over the last year or so. I can’t talk about this problem.

I really can’t, for real and complex reasons. Eventually, yes. When Pluto leaves my 12th house? In whatever case there are very few people who know what I am dealing with, but apparently it’s gotten out. I say this because yesterday a man approached me. He said he was sorry for what I was going through – he offered help from a large group of people. “If there is anything any of us can do, just call us…”

Can you believe this? It’s a small army.

Then today, I walked out to my garden and my neighbor was out there tilling it. He’s an old man!

He just thought he’d help me out.

The truth is, I made them some tiramisu.   But seriously, this man should not be doing my garden. “If you won’t leave, then I’ll help you…”

I got my mini tiller and went out there and worked with this guy. Really, it stunned me.

With the tilling done. I had more space to plant. An hour later he’s back with some seed he’s got left over.  “Want me to plant it for you?”

I told him I could do it and I did. I now have two rows of okra and two rows of corn. I hope he realizes he’s going to have to eat it.  I have the best neighbors ever created.

I  knew that things would flow, but it’s just amazing to me how a person can be down in the dirt and picked back up, with no expectation of anything of the sort.

I also went to a small town, nearby. On Memorial day, veterans stand on all four corners of the one traffic light in the town. They take donations and hand out small flags.  I was not stopped at a corner where they could meet me at the car so I pulled over to donate. The two men on this particular corner were very old. 85 years old, at least.  They must really like getting out there. The money they collect if for veterans in need.  Pushing 90 and still in service. How cool is that?