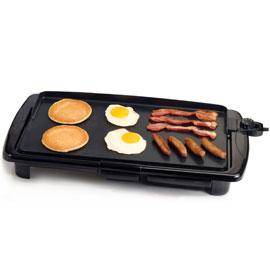 “Never date a man who’s prettier than you.”
–satori (me)

Simply put, with moon square Venus I find that if I’m getting what I want I’m not getting what I need. If I’m getting what I need I’m not getting what I want. That Stones song “You Can’t Always Get What You Want” used to piss me off royally. It’s a great song, but it hits pretty close to home for me. Mick has moon trine Venus and it feels kind of like the trim, hot chick preening in the mirror next to you, “Oooh, I’m so fat, and look at this, I think I’m getting a WRINKLE!” Keith Richards co-wrote the song and he has moon sextile venus but his moon receives a square from Saturn. Maybe he gets what he wants and wants what he gets but inexplicably feels depressed anyway.

In any case, I have written before about an upside to this aspect, HERE. I’ve just thought of another. Last Christmas my present from my man was a ring. I really wanted it; I really liked it, but it was just a present and what I really needed was a commitment (which was not offered). This fall I got a commitment which I needed, but he didn’t tell any of his people about it, which I wanted. By the time Christmas rolled around again I really needed him to tell his people about our commitment.

So last year he got me this awesome present that people ooh-ed and ah-ed about. What did he get me this year? Cooking stuff. I don’t cook. What the…? I could have gone off on a sit-com type tear. It’s the stereotypical bad gift from a lover, something practical. I didn’t get what I wanted, something pretty. However, he told his family about our engagement, which I needed. Do you see the pattern here? And I’ve finally stopped chewing my fingers off and holding him at gunpoint. I’ve realized I get one then the other, one then the other. It’s time to take the long view of things.

He and I dated briefly when we were young; 20 years later we started dating again. I probably threw him back based on my moon-Venus square. I thought I was going to find someone who would address both my needs and wants. After dating him I instituted a rule for myself: Never date anyone prettier than you. Twenty years later I gave that up. I realized that the love, warmth and affection I was getting were worth the bother of putting up with the pretty. Good looking is not my currency and it’s a huge bother to deal with all the rampaging twats for whom it is, the ones who chase him. So I’m happy to be with this guy who thinks I want an electric griddle for Christmas but holds my hand and cuddles on the sofa. I guess it’s worth the few times a year I actually have to cut a bitch for humping my man on the dance floor.

It’s interesting to note the synastry here as well. His moon squares my moon. My Venus conjuncts his sun and opposes his moon. His Mars opposes my moon. These are supposedly big time, hard aspects in a relationship. We could concentrate on things feeling bad, and we have, but frankly over time we’ve both worked through a lot of personal crap together. It works. Why does it work for me? Because I accept the reality that for very specific reasons I cannot have it all. That is not something most people are willing to tell you. Maybe the very fortunate can have it all, but most normal people cannot. Pretending otherwise is not dealing with reality. Deal with reality and you can have the best of what’s on offer for YOU.

Do you get what you want? How about what you need? Do you get them both at the same time?