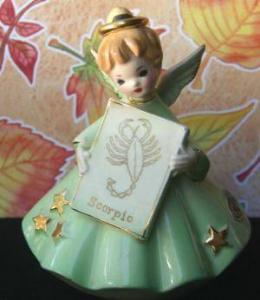 This morning my husband told me that the foreman at his new job said he was anti-social. He was a bit taken aback. I was surprised as well. He’s getting on well there. He comes home each day and tells me what jokes he told. He’s what you call, “a funny bastard”. It’s clear he’s well-liked. I wanted to understand this so I asked questions.

It turns out they don’t like him going out to his car to eat lunch. He does this for a bunch of reasons. He wants to get off his feet, have some peace and quiet, some time to himself, and he also says is daily prayers out there.

Keep in mind, he’s spent the last eight years, alone in a truck. I’m sure it’s a great relief to leave the building for a short respite.

I suggested he tell the he goes outside to pray…he says it’s none of their business what he’s doing and that’s true. But then I found out he gets two fifteen minutes breaks each day…he spends them in his car as well. This is funny, isn’t it?

“What they are really telling you is that they like your company and they want you around. They want to chat with you and have your company…”

I’m sure this is this is the case. He says they all want to come over here, all the time. They want his energy. The way they try to get it is by calling him “anti-social”.

My husband is not truly anti-social. He’s just got very little time and he wants to spend at least some of it doing things that are important to him. And he definitely wants to run his own life. So if you give him an hour break in is work day (which runs from 6 am – 4:40 pm), he is going to use each minute. In fact he’ll count the minutes down to the seconds.

So you can imagine the scene. Everyone is working together, joking and such. The break comes and the person they all want to talk to leaves the building.

There is a dog out there who he feeds and talks too. This is his preference and I can’t say I blame him. He has no Libra in his chart.

I do have Libra and told him to invite them over at any time. I figure this is inevitable, eventually.

What do you think about this backwards compliment?