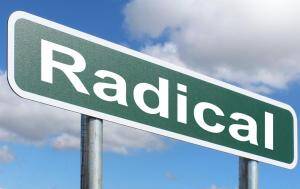 A few months ago I wrote about Millennials going through their Uranus/Pluto opposition and the way that is beginning to radicalize an entire generation. Given the social unrest we’re experiencing right now, it seems like a good time to update.

With Saturn in the early degrees of Aquarius setting off the opposition and creating a t-square, people are beginning to define their beliefs. What was once a nebulous concept, a feeling of identification with the right or the left, has calcified into a definite and powerful belief system.

This is also intensified by the Saturn/Uranus conjunction that many early Millennials have natally. This group has an inborn desire to fight against the system or the man, whatever the understand it to be. Whether it is fighting against a police state or global elites, this group was born ready to rebel.

You can see it with the current protests. All sides are showing up to make their voices heard, and it’s not just young people. There are people in their thirties and forties showing up in droves, and this is the work of Uranus/Pluto on the Millennial generation.

What’s truly startling, though, is how many are armed. In many of these protests, you’ll see AR-15s being wielded not just by police, and not just by the right, but by the left too. The thing I hear most often from my friends on both sides of the aisle is a need for everyone to become armed, trained, and dangerous. Regardless of my feelings on guns in general, this does not strike me as a good sign.

In fact, I find it chilling. And with Saturn’s square with Uranus in play through 2022, I would say, just as I did last time, that we ain’t seen nothing yet.

What are you seeing out there? Millennials sound off!