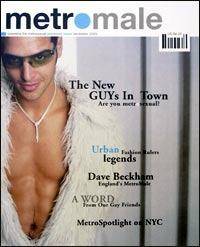 Last week, I was talking to the soldier about the man – poll. Astrology and Attraction: Men, Women, Sexuality, Mars And Raw Male Energy In Nature
He represents a Mars (raw male energy) archetype.

“I was right. Women really don’t want a man… the kind of man you are. I took a poll on my blog. I was surprised because I was even more right than I expected. Only 17% checked they wanted as much man as they could get. No doubt some of the people who clicked that were gay men. You’re not so in demand, I’m sorry to say. Although a good number checked they wanted fairly high testosterone, the most popular sought after man is a balance of yin and yang.”

“Dang! Well I’m sorry to hear but it sure explains a lot.”

“Yeah, they don’t want a man until the wolf is at the door and when that happens there won’t be enough of us to go around.”

“Hmm. I hadn’t thought of that, but it sounds right.”

“Because you’re a hot commodity.”

“And I’m a cold commodity.”

“Oh, okay. Yeah well that’s true. That’s the trend at the moment but you know how that goes. Everyone is naked and then everyone is covered. Hemlines up and down. I think you’ll be back in style in your lifetime, we’ll see. And then what am I going to do? Be pissed, I guess. Be pissed and ready to do something maniacal. Scream my head off and cause a problem, I guess. Swear a lot, my usual MO.”

Do you think metrosexuality is on the upswing and/or here to stay?