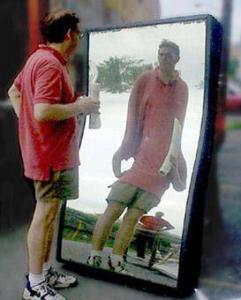 When Mercury opposes Neptune, information can be leaked, lost or simply misguided. Mental processes of all kinds are affected. While it’s possible to have an inspired idea, it’s more likely your brain slips on a banana peel. Like this:

Client says she’s in Detroit.
I respond, scheduling her in Central time.
She tells me politely that Michigan is Eastern time.
I tell her I must have been thinking of Detroit, Illinois.

Have you ever been stopped at a red light, thought you saw it change and taken off into the intersection in some sort of delusion?   How about turning the wrong way on a one-way street. It’s this kind of energy.

Expect to be misunderstood. People will run late… or early and I mean a day early in some cases. Neptune is opposing Mercury in Virgo.  You’ll fare best if your daily routine can be fluid during this period which will last for about ten days.

It’s probably best to give people the benefit of the doubt. It’s entirely possible someone tells you something one day… the next day the call back with a correction.  If you take a hard line on something like this, chances are, later the same day, it will be your slip up. At that point you’ll have clarity!

If you’re really unclear about what someone is meaning to tell you, just ask.  This is the easiest way to avoid (Neptune) mental anxiety aka worry (Mercury in Virgo).

You may also encounter a person who lies with intention or you may be the liar yourself. But the reason for the lie may not be malicious.

I think this is a good time to give people a pass if for no other reason than you’d like someone to give you a pass when you mess up, yes?

It’s also possible you get some hidden info during this transit. Basically, you look at something and you can see something most cannot. The veil lifts and it’s magic.

Are you looking forward to Mercury opposing Neptune?