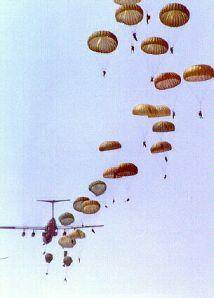 “I’ve been writing about what I have had to realize and come to terms with as far as being with you goes,” I told the soldier last week.

“Well for example, when we were kids we were going to get married but then you decided you wanted to go into Special Forces. So you are going to be an assassin, essentially. I mean, does that offend you?” I asked. “Even if it does, this is how it was seen at the time at least in the desert. No one knew what Special Forces was. Believe me they didn’t because I was asking all over the place. I asked everybody on the planet to talk to me and I guess it may be different in the South where you train and people have some exposure and knowledge but where we were at no one knew anything. I was told that Special Forces were trained assassins and that was about it. That was all anyone had to say about it other than Apocalypse Now came out which… well it did not refute that,” I said.

“So anyway, I wanted to marry you but to do this I would have to tell everyone that I would like to be married to an assassin. I’m 18 or I am 19 years old and I am supposed to run around and explain to people why of all the things I could do with my life, what I was going to do was marry an assassin. And it would have been okay if that’s what I had decided to do and I understood it. By God, I’d have told people whatever the facts were but as it was I could not explain it because I could not understand it myself. Why are you marrying an assassin, Elsa? Can you explain that please?” I laughed. “Well yeah. Hold on a minute. Let me try to figure this out and then I’ll tell you.” 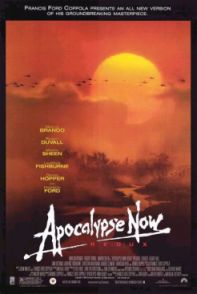 “So then I come home yelling at you. I want to know why you’re going to do this and I want to know at the top of my lungs. It is pretty funny if you think about it. We were in that little apartment and I was screaming at you to tell me why you wanted to be an assassin so I could figure this out. YOU TELL ME! The poor neighbors! Because I was screaming all this graphic stuff. I was not messing around and I really think I’d have been able to come to terms with this. I’d have been able to hammer it out inside of me had someone talked to me but no one would.”

“Yeah,” I said interrupting him. “I know. But at this point in my life I’ve found out that I really like your training. Isn’t that funny? I absolutely love it. I love watching you operate the way you do. I like to see you execute.” 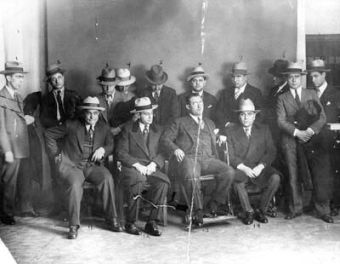 “Right. Like I should be embarrassed of this but I’m not because it’s a fact. It is a reality that I want the killer not the dentist and I sure wish I could have understood this when I was a kid because I am sure I would have felt the same way. Of course I would have felt the same way, I am the same person and fact is I want the alpha dog, so how about that? I don’t want anything but the alpha dog. Turns out if someone comes to my neighborhood and nails people to telephone poles it’s fine with me if I am sleeping with the man who goes after them. I would want nothing else actually. I don’t think I would want to be with the man who does not go after them, right? Not if I get a whiff of the one who does,” I said with a snort. “Yikes! Wrong man. I want that one who’s putting on his black clothes to go out for the hunt. See? This is my true personality but back then, I just had the question with no answer. Elsa, why do you want to marry an assassin? Why not a dentist? There are safer, saner things you know. And I am Italian too so it makes if even worse. You know what people think. They think Mafia.”

“Uh huh, so basically I have to explain why I am choosing to marry and spend my life with a hit man. Yeah, I’m 18 and I am going to marry this hit man. That’s a pretty hard ticket you think?”

“Uh huh. I needed to explain it to the very large peanut gallery but also for myself. This is something I would want to understand and have clear in my own head.”

“Well you know, P, some of that was the era. That was after Vietnam. We didn’t officially pull out of Vietnam until 1975 and it wasn’t that long after than we were together. People had a certain attitude.”

“Yeah, I guess that’s true. I guess that may have had some play but I still think I could have grasped this had someone explained it to me. Because I have a real desire to be with a hero. I want someone ultra brave and that would be you. You don’t lack even a shred of courage in any circumstance that exists in this world and I just wished this was called something besides assassin back in the day. It’s a real tragedy. But I am glad that today I am able to cop to being attracted but it’s still very hard to do, know why?” 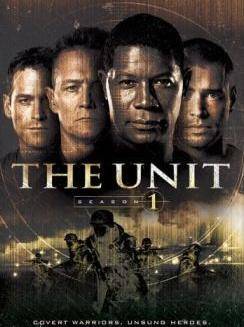 “Well of course I would want a hero. I would want someone to fight for me because when I was kid no one did.”

“Yeah, but saying that is admitting vulnerability which is always uncomfortable.”

“It is. But not admitting it doesn’t change anything. You are still vulnerable whether you say so or not.”

“True. But anyway, that’s that. Turns out I want the assassin and I have a very long list of reasons why. I would have no problem answering this question today and I sure wish I’d have not been stumped back when but I just did not know how to explain why I wanted to marry a hit man,” I said with a sad laugh. “That’s interesting about the era, I hadn’t thought of that. I wonder what people think of Special Forces now, what with the Unit on TV and all.”

“Me neither. But I am glad to be with the man who went after the worst of the worst and would continue to do exactly that. I am damned glad, stupid proud, happy and thrilled and I am sure I’d have felt the same all my life if I’d have only known what the hell was going on. Boy did we miss out. Both of us. It is unfathomable, both the loss and the gain for us. The loss and then the gain getting back together. It’s mind boggling, it’s just not something you can explain.”

“Hear ya, P. Hear you and agree with you there is no way to say it.”

Skip to “Why Do You Want To Marry An Assassin?” Redux – The Boy Is No Good