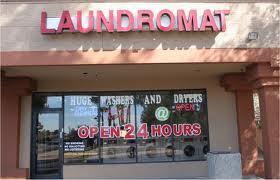 This morning my sister got up at 3:30 in the morning and went to the 24 hour laundromat, two and a half blocks from her apartment.  Like me, she’s an early riser.  She returned home and found her husband had died in their bed.

My sister loved her husband. He was her life.

She called the police and then then she called me as the paramedics prepared to move his body. It was beyond intense.

I’ve talked to her five or six times today. She’s still in shock, with reality creeping in. It’s so traumatic.

Nothing like this has happened to anyone in my family.  Her husband has been in the hospital over the last year, very near death several times. She was prepared for him to die during those periods, but she was not prepared for this.  She was totally blindsided today.

So we’ve talked about death all day. My husband expects to die before I do, and he tries to prepare for this.  I feel he’s done a good job of this. I am as prepared as a person can be, but then I witness what happened to my sister and I realize there is no way you can be prepared.

Mercury and Saturn are conjunct her Mars in Scorpio today.  Uranus, Pluto, the Sun, Moon and Jupiter are involved in a grand cross, that aspect her natal Venus in Capricorn.

It may have been his time, but it doesn’t make it any easier.  His mother is 95 years old.