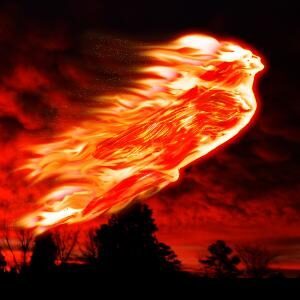 Some astrologers feel that, due to the wild oscillations of the second focal point, it makes more sense to take an average of those positions. This is known as the Mean (as in average, not temperament) Lilith, and it the most widely-used version of Black Moon Lilith. Other astrologers prefer to preserve the chaos and track the focal point as it is, in all its wobbly glory. This is known as True Lilith.

I tend to strongly favor True Lilith over Mean Lilith. To me, it’s a no-brainer. I mean, think of what Lilith actually is. While, as I mentioned before, there is no consensus about her role in myth, she can be most readily described as the wild, dark feminine. She is That Which Cannot be Tamed. And with that spirit, I cannot imagine her as Mean Lilith. Just think of the wild darkness within all of us, slowly, methodically plodding along, never retrograde, always predictable, thoroughly domesticated. It makes no sense! It is far more in line with her nature to vary her speed, sometimes crawling, sometimes sprinting, jumping around the zodiac and retrograding on a whim. She can’t be pinned down, and she laughs at those of us who try.

I also see this in practice. I have two wonderful women who are very close to me. Each is a generally soft, sweet, ultra-feminine woman…except about one thing. They were both sexually abused in their childhood, and when this topic comes up, they both transform into fierce, furious, fire-spitting wildcats (and rightfully so). And in each of their charts, True Lilith makes an incredibly close aspect – one conjunct the Midheaven and opposite Pluto and Mercury, and the other sextile Pluto and square Chiron and the North Node. And in both, Mean Lilith makes very few meaningful aspects – a wide square to Neptune and a loose quincunx to Uranus. I think it’s clear that Lilith energy is powerful and prominent in their lives. And Mean Lilith doesn’t come close to explaining it.

If you want to check out the difference in your own chart, the easiest way is to head to astro.com and go to the Additional Objects field at the bottom of the page. First, click on Lilith. That is Mean Lilith. Then, on the right side of the page, under Manual Entry, put in h13. That is True Lilith. Then, be sure to let us know what you find!

Have you compared Mean Lilith and True Lilith? What makes the most sense to you?