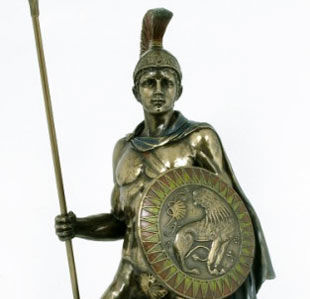 I rarely get my shorts in a bunch over short term transits; I’m usually too busy wringing my hands in anxiety over the long termers; however, there is one transit that I always put on my radar: Mars hard transits to natal Mars.

I have a somewhat, ehrm…. “stubborn” Mars at the last degree of Taurus, so I know that when it gets triggered, some event is likely to “get my goat” and I’m going to put on the “moral outrage” panties and likely want to “set things straight”. Example: last time Mars squared natal Mars, I was at a field I take my dogs to… behind a school. Usually, no one’s there and I can let my Wildchild dog run around and my other, obedient, ball obsessed dog and I get down to serious dogball. But when I entered the field, a woman was there with 2 unleashed dogs, one of which decided to run straight up to mine. I never take the leash off Wildchild unless I have a clear field, so the leash stayed on, and I braced myself. Wild- child will absolutely love a chance to snark at a charging dog, so I am waving my chuck-it around wildly and screaming “call your dog!! CALL YOUR FUCKIN’ DOG!!!” The lady squeaks out “oh, come here, Rover (or whatever), and starts SLOWLY walking up, meanwhile Wildchild is going apeshit barking and pulling me and begging me to let him at it. Long story short, she gives me some bullshit about how it’s her son’s dog and brings him back to where they were on one end of the field. Oh, WHATEVER– it’s like the people who say “my dog’s a rescue” when their dog is horribly misbehaving. Pet peeve of mine (pardon the pun). I go to the other end of the field. I keep Wildchild unhappily on leash, and play chuck it with Good Girl. Ooops, here comes Rover again, tearing across the field, there I am again with the chuckit waving rapidly and screaming, and there’s the milquetoast owner again, slowly sauntering over. By now I am out of my mind with anger, wanting to just let Wildchild off the leash and teach that stupid dog and its owner a lesson. Instead, I pack it in and go home. But… I am telling you… the RAGE I was feeling was crazy. I am old enough now to recognize rage that is way out of proportion to the event that is triggering it. And as always, it’s my Ego that tells me I am entitled to feel this rage, and it’s my Ego that tells me I should put the dogs in the car, walk back to that field and tell that witch that if I ever see her and her little dog again, I am going to let Wildchild do what will come naturally to him, and will be happy about it. Driving away without doing that feels like DEPRIVATION. It feels WRONG– my Ego is screaming YOU’RE A PANSY at me. But through experience, I know that once I am home, and get the dogs in the house, I will get over it, quickly.

If I hadn’t had such a strong reaction, if I had been able to keep one sensible thought in my head instead of a Mars-driven Ego fueled maniacal RAGE, I would have been able to go to her and tell her that until her dog is trained, it’s only fair to keep it on a leash so that I can enjoy my time playing ball and that I keep Wildchild on a leash precisely because he is not so good when other dogs are present… that’s how we all play fair at the field. Now *that* would have been an excellent use of healthy Mars energy. But there was no way I was going to have that kind of a sane conversation when the Ego was out. I was *crazy* angry. Hence, I had to take a time out, and quick.

In hindsight, we can usually see when we are having an overreaction. In many of those cases, Mars squares and oppositions to natal Mars may be triggering it; although I will admit that my Moon in Scorpio also tends to put on flaming red outrage panties when Mars is around, as well. But who can blame her.

Where is your Mars? What fuels your anger?