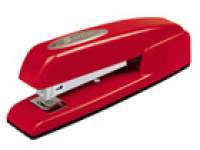 My man and I have a cardinal Grand Cross in synastry between 10 and 14 degrees. I have two planets involved and he has three. I have a simple square in my chart, whereas he has a tee square. Both our moons are involved. The Grand Cross in the sky, well, “it don’t feel so good,” but I think between the two of us, he’s gotten the worst of it. I suppose that’s an understatement as he spent Thursday night in the Emergency Room.

Thursday evening after a long week of hard work and hot days, he was taking out the trash, lost consciousness and fell, hitting his head on the pavement. Mercury was on his Mars in Cancer, squared by the moon (his Mars ruler) in Aries. It was a quick trip to take care of a household chore (Mars Mercury in Cancer) and he took a blow (Mars) to the head (Aries).

Transiting Mars was aspecting Uranus, part of that Grand Cross in the sky. Unexpected blows. It also squared transiting Neptune and Chiron (in the 3rd house, Mercury ruled) as well as his Natal Chiron (wounding). Here’s what I find most interesting in the astrology: He has amnesia about the fall. He remembers getting lightheaded and nothing more till he was spotted wandering in the back yard 15 minutes later, dazed with a gash on his noggin. That’s very Mars Neptune. How he got there and what he did (Mars) is foggy (Neptune); he doesn’t remember (3rd house). The wound on his head is split because his head hit the pavement exactly at the same point where he has a lump on his skull. That lump is from an accident in early childhood, very Chironic.

I also find it interesting that within weeks of his Chiron return he experienced a reopening of the wound from his most traumatic childhood injury.

The doctor put many staples in his head. It was a really rinkidink, plastic stapler and I held a towel underneath to soak up the blood. All I could think of while this was happening was, “don’t talk about the stapler in the movie Office Space; you’ll just sound like a dork.” But the urge was really strong, so I said, “that’s not as nice as a Swingline.” “You can have it,” he said. “Uh, no thanks,” said I.

The reason I mentioned our synastry is to show how it worked for him in this situation. Even difficult aspects have their uses. It can’t rain every day. My Capricorn Moon is a total bitch-fest, pain in the ass for him on frequent occasion. However, with his tee square under immense stress, the balance of my Moon in that position gave much needed structure. Nit-picky wet-blanketing is my superpower! I stayed calm and present and asked all the right questions because “worst case scenario” is my Moon’s middle name!

Did you get amnesia this week? Are you sure? Maybe you don’t remember.