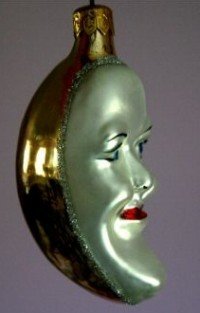 I’m just home from the salon. Good timing, under the new moon in Venus-ruled Libra. I got talking to a gal in her thirties; she’d had a total hysterectomy, five years ago.  Mars is squaring the Moon right now…womb surgery.

Anyway, she had a really horrible time. She has many problems, before and after her surgery. As a matter, she was unsettled and unstable for more than three years.

She told of her low point in all this. Hormones unbalanced, she was ready to run someone on a bicycle, in her car. They were in her way, see?

Instead she pulled over and called someone. She knew she was not right in the head.

End of the story, she told me that this is why she always tries to give people who do or say bad things, the benefit of the doubt. They may be going through something, where they can’t help themselves.  The truth of what she was saying, struck me.

Meantime, my stylist has been in a bad mood, recently. I’ve run into her here or there…she’s always frowning. This was not normal for her, so being a big mouth, I’ve mentioned it, every time. Are you in a bad mood?  She has this major frowny-face.

Well today, she looked normal, happy, and in a great mood. Turns out she’s been in pain, which has now been relieved. It’s like night and day! Or rather, she’s back to how she was when I met her.

This underscored the lesson learned from the first gal today. I thought I’d pass this on because it’s so textbook as far as the astrology goes.

Jupiter is conjunct the Sun and Moon. Mars in Capricorn squares the triple conjunction.

Get out there and strive to generous and forgiving. It can’t hurt and it may help more than you might imagine.