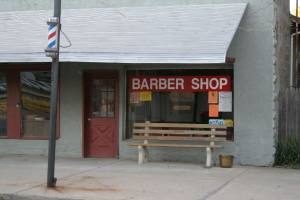 A number of people have written me over the last week or so. They admire how I can get things done.  It may be think about this. I realized I learned this skill from my husband.

If you don’t know already, my husband is a retired Green Beret. He certainly knows how to plan a mission!

I found this out when he moved here so we could marry.   He had a lot to do in a narrow time frame. He planned the operation, literally, in fifteen minute increments.

He had everything neatly written out. I laughed out loud when I saw he’d scheduled a stop at the barber in the middle of this. But it was not a joke!

“You’re going to say goodbye to your barber?”

“You’re not going to tell him you’re leaving?”

That’s exactly what happened, by the way. As a matter of fact, everything he planned went off without a hitch. I was astonished and impressed.

Today, I can do this too, sort of. I’m not quite as meticulous, but I’ve learned to come up with a schedule that’s doable and get everyone to stick with it.

This is related to the dominos falling, I mentioned here: How To Interrupt A Chain Of Events Leading To Catastrophe.  Except in this case, I’m the one setting up the dominos…and then keeping an eye on them, so they fall as planned.

I’m posting this for people who would like to be more effective in their lives. And because Mars will conjunct Mercury in April.  I’ve got my eye on this.