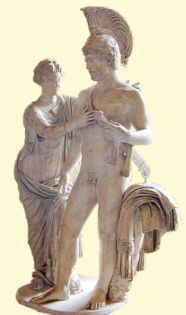 Cap writes on Does Everyone Have A Dark Side?

“…I definitely have anger. I wouldn’t call it “anger issues” – although, its been a little bit lately due to hormones and sleep deprivation, but I am aware of it. I used to date men who were angry and point fingers at them, until Elsa P came along and said HELLO!

So I wonder how do you “integrate” an angry shadow?”

Rewire your thinking. Anger is not a “shadow” emotion anymore than happiness is.  Anger (Mars), like happiness is something that occurs in nature. It’s energy and like all energy; it’s neutral until directed.

It’s anger that gets people going. If you’re mad at your circumstances you may be driven to change them but if you squish and repress and deny all rage, at best you’ve got something inert. I don’t think human beings were designed for that.

A person may become torpid in a rare case. More commonly the energy perverts. Rather than channel anger into initiative the supposedly “non-angry” person attacks others. You can see a number of examples of this in the comments on the original post.

You can yell at your man until you’re blue… and get nothing done. This will give you more reason to yell, I suppose.

OR you could take all your anger and direct in a way that is productive, helpful, healing, etc.  I’ll give you a strange example.

I’ve maintained an astrology blog since 2001. When I first started writing I was attacked by people who thought astrologers should be persecuted, or storytellers or whatever it is I am that pisses people off so badly.

I was not happy about being attacked.  I was mad. So I kept writing and now all these years have passed. Their anger fed my anger and spurred me to create. Understanding this, do you still think anger is a shadow emotion or is it just an emotion?

Everyone has anger. It’s not something to try to irradiate from the planet. What should we do? Castrate boys the minute they are born? Think that will do it?  Cutting off balls seems pretty “angry” to me.

Mars will always be there.  What’s key is that a person’s Mars energy is allowed OVERT expression.

When I was a kid and still living in town, the whole street worth of kids, age 5-15 would line up. Henry would blow a whistle and we’d race each other down the street. We would also run individually and he’d time up with a stop watch.  Competition, see? Physical exertion.

Now many (most) kids sit on couches, eat doughnuts and shoot and splatter open skulls on video games. Not that they are angry or anything.  Their mothers who can’t get those kids to so much as clean their room are not angry either, I’m sure! ::laughs::

There’s an old adage, “If you want something done, do it yourself”.  You are the hero in your life.  So if you don’t like my astrology blog, why bother me?  Why bitch me out when you have endless opportunity to write your own astrology blog?

Translated for, Cap, if you don’t like your man, then take the initiative to leave him.  If you do like your man then find another outlet for your rage because directing it at him is going to do nothing but make you madder and next thing you know you’ll be saying, “I spent 10 years with that motherfucker.”

If that happens, whose fault will it be? Mine? The fault of the economy, the government or the fact your mother dressed you in lace?

That’s fine for some but to me, Mars energy (including rage and anger) is as precious as any other energy we have out there. If you choose to direct yours at trying to get someone else to act as the hero in your life, I doubt you are going to like the results.

Do you have an outlet for your anger?