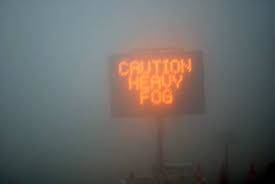 My daughter’s got Mars in Pisces. I’ve always thought it is one of the harder signs to host Mars… mostly because it’s like punching fog. My daughter gets plenty mad about stuff, but she absolutely tortures herself over whether or not she has the “right” to feel the way she does. That’s problem number one, the fact that normally Mars really doesn’t want to “feel” stuff, it wants to ACT on stuff. It’s visceral- every action has an equal or opposite reaction. But Mars in Pisces has the visceral reaction, then… the fog descends, confusion sets in and the groping begins. We spend lots of time on the phone discussing what she’s mad about, and in the end she usually comes up with a very creative way to approach the problem that is causing her to be angry, but just like water, it’s a circuitous route she takes, rather than the direct punch that, say, a Mars in fire would go for, or drawing a line in the sand like an earth Mars. And like all water, she has a very long memory for injustices. Only when she feels very, very safe does she let her Mars have an “instantaneous” reaction– there has to be a huge amount of trust built up before Mars in Pisces will just blow a gasket!

Mars in Pisces is the expert at sublimating their ange – hence all the athletes with Mars in the 12th house, or natural-born dancers with the Mars/Neptune influence, not to mention artists, masters at channeling their frustration through the creation of something ethereal. Sometimes the fog is a very, very good thing.

And, since Mars serves the Sun, Mars in Pisces will say a lot about how someone expresses their personality. My daughter’s an Aquarius, and her Mars in Pisces serves her Sun through a Doctorate. in psychology.

If you love someone with Mars in Pisces, I think the best thing you can do for them when they’re mad, is just BE THERE. Don’t try to fix it, especially not right away. You have to let them have their foggy reaction. Watch the bewilderment; kiss them gently on the forehead and just be the lighthouse.

Do you know someone with Mars in Pisces? What’s your experience?