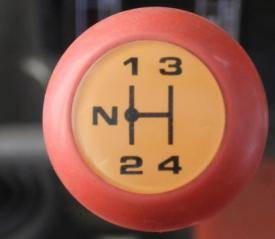 Mars is known for decisive action.  This is why he’s uncomfortable in Libra, a sign notorious for it’s indecision. I’d know. I have Mars in Libra, natally.

Mars in Libra tends to hold onto anger in an effort to be nice or fair or to be seen as such, of whatever. But when Libra blows – LOOK OUT!  This weekend, I discovered the power of “neutral”.

I don’t know that younger generations (who drive automatic cars) understand “neutral”. When your car is in neutral, you can push the gas, but the car won’t accelerate.

With Uranus and Pluto in hard aspect to Mars in detriment…this may be a good time to put your like in “neutral”.  Because we’ll all so prone to drastic actions at this time. And when Libra swings one way, it tends to swing back in the other direction, with equal vengeance, eventually.

I was talking to satori yesterday, which is where I got this idea. I was quite upset at the time. I’d just had a biopsy to check for cancer.  Further, I was (unexpectedly) referred to have second screening test later the same afternoon. I was quite pissed for numerous reasons. I definitely wanted to act.  But I called for an outside opinion, because come on. I knew I wasn’t in the best frame of mine.

“What do you think is logical to do?” I asked the Pisces.

She told me I should wait to get diagnosed and then plan.  This made total sense. So I slipped my life into neutral. I’m not doing a damned thing until I see what I am facing or maybe not facing. And I’ll ya, it’s a relief. It’s such a relief, I can tell you right now, I am going to be doing nothing a lot more often in the future.

Have you ever put your life in neutral?