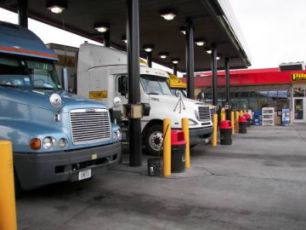 Mars in aspect to Saturn feels responsible to beat someone up. It’s er… “the right thing.”

“So I get in the fuel line and there is a truck in front of me,” the soldier explained. “Place is packed, trucks everywhere all trying to fuel. So this guy in front of me… guess what he does?”

“He puts fuel in his truck, with me waiting to fuel next and then instead of pulling his truck out away from the fuel island so other trucks can go, he gets out, locks his truck and goes into the store,’ he said.

“Yeah, you’re tellin’ me. Because I’m the one behind him waiting to fuel and get this. It gets even worse. The bastard didn’t just go into the truck stop, he went in and took a shower! Can you believe that?”

“Well me neither. I could believe it and either could anyone else in the rest of the trucks that were all snaking around at this point waiting to fuel. And if you happened to have gotten in my line, well you were just screwed because it’s not like you can back up. Hell no. You can’t back up so now we’re all waiting on this prick to finish taking his shower.”

I laughed. â€˜Were they talking on the cb?” 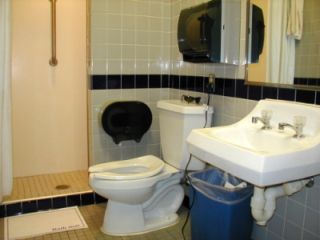 “Hell yes. People were mad as hell. You aren’t supposed to block the fuel line, the stupid prick! Yeah, people were all yellin’ all right. They wanted to kill the guy.”

“Oh he finally comes walking out now that he’s had his shower, looking all cocky too. So I got out of my truck and started to yell at his ass and he got this look on his face like he was going to stand up to me or something.”

“Yeah, but when I pushed him up against his trailer and held him there, he changed his mind. He decided at that point that I could say whatever I wanted so I did. I cussed him and I pushed him a few times but I didn’t punch. I would have punched him. I would have beat the hell out of him but he didn’t punch me so I kept my hands to myself… well, except for pinning him up against his trailer.”

“You’re lucky no one called the cops,” I said.

“Are you kidding me? Who is going to call the cops? Truckers love shit like this. They love it. If I’d have killed him, it would have been fine with them. He’s blocking the fuel! Don’t block the fuel or something is going to happen.  But anyway, P, I had to do it. Someone had to kick his ass and the responsibility fell to be since I was the truck directly behind him.”

“Yep, those are the rules. Among men, when someone needs their ass kicked and everyone knows it, whoever is in best proximity to kick the ass must then kick the ass and once the ass is kicked we all go back to normal.”

‘Cept for the cheering on the cb?”

“Right. Except for the cheering on the cb because when there is a fight, men do get riled up and everyone of course wants to talk about it.”