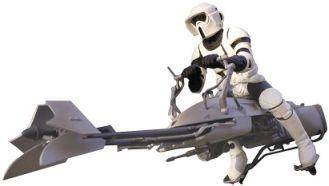 Talk about violence erupting, I almost got in a fight this morning… an actual fight. Later I witnessed a near-brawl. Here’s what happened first:

I was on my scooter this morning headed for the gym. It was early morning, it’s Sunday, and so there was not much traffic. I had my gym bag which I actually took great pains to select, strapped on the seat behind me.

I took great pains to select this bag because I knew I was going to strap it to my scooter and this is something I learned from the AMF: If you are going to be in the landscape, you may as well make yourself visually interesting, almost no one does. So knowing I was going to strap this bag to the best (no kidding, no exaggeration) scooter in this in entire city and be seen like that, I decided to think it through and not degrade the bike with just any old bag.

My bag is red, it’s a suitcase actually, small and boxy and this morning it fell off my scooter into the street because I am er… not so good at strapping things in.

I looked in rear view mirror and there was no traffic, so no problem. Plus the thing had landed standing upright and between lanes so no one would have to be dodging it if a car came before I could get back there. I made a U-turn.

Coming around the U-turn, there was a car and you can imagine my shock when I saw this guy stop to pick my bag up… he was going to steal it. And it’s red, right? Attracts the eye. So he’s got to be thinking, “What’s in here? What did I just score this early in the morning. Finders keepers, right? WRONG. Because here comes an Italian chick on a scooter and not just any scooter. I have a racing scooter.

I pulled up just as he had reached through his window, grabbed it by the handle and lifted it off the ground. “HEY!” I yelled. “THAT’S MINE!”

Well he looked all guilty and it was right here I found out he had no teeth. I noted this too because I had adrenaline pumping. Don’t think I didn’t think about kicking him in the teeth because I did.

I just stared. It’s red, right? Red-handed. And I noted he thought I was a man which I thought made him doubly stupid. But fact is I had on a helmet so who knows who is driving the speeder bike. Could be Luke. Could be Leia.

One thing though. You aren’t leaving with my red bag. And he seemed to glean as much because he put it in my hand before driving off shaking his head. I pulled over to re-strap the thing and realized my heart was pounding. I had adrenaline coursing through me. Who likes to have their purse stolen, anyway? I’d have fought that guy, I swear it.

Have you ever had your adrenaline kick in unexpectedly like this?