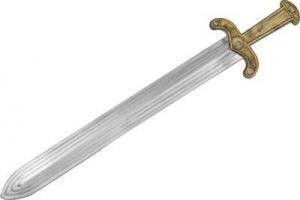 “You have no balls!” one of my clients told a man in her life, as Mars and Mercury in Sagittarius opposed her sun in Gemini. She also told him he was sick, negative and afraid.

I have permission to publish this. Chances are a good number of you can relate, having attacked a man in a similar way at some point in your career.

This is a wholly ineffective way to fight. First the man knows he has balls, he can see them hanging there between his legs.  Also, his balls are completely unrelated to the fact he’s not giving you what you want… which is usually him.

Then you have to ask yourself how motivated a man is going to be to spend time with a woman who tells him he has no balls.  Having Libra, it’s pretty easy to see the other person’s side and if I were a man and I had a woman ranting about my balls… well common sense, yanno?

Just imagine a man yelling at you that you have no pussy. Oh really?

Mercury and Mars are conjunct right now. Watch your mouth or die on your own sword and if you’re going to pontificate, make sure you’re talking about them, rather than yelling in a mirror.

I feel bad for this client but told her if she learns from this and never tells a man with his balls in tact, that he has no balls again, she’ll be ahead of the game.   If others can hitchhike here, that would also be good. Let her morning-after agony benefit others and then we all move on.

Are you prone to verbal diarrhea?