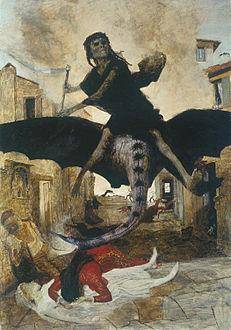 There’s discussion in the forum right now, Exposing Oneself To Malevolence. If you’ve got Scorpio, Pluto or the 8th house emphasized in your chart, you’ve probably felt attracted towards the shadow side of life or what society considers to be taboo.

I have a packed 8th house and I’ve spent the majority of my life dealing or healing or helping in ways that are unseen. I have definitively been involved in some grotesque stuff and felt pulled towards it for that matter, but malevolence? This seems a completely different thing to me.

Check this from Merriam Webster:

That sound like Mars to me.
It also sounds anti-Jupiter, because Jupiter rules generosity and the idea of good will towards all men.

When I come in contact with malevolence, I tend to get away as quickly and as quietly as I can. This doesn’t mean I haven’t studied it. I read about serial killers and the like but it for one reason only – so I can avoid them.

Most people are influenced by the people they spend time with. “Lie down with dogs; get fleas.”  I’ve written about this many times.  If I aspired to be a malevolent person, if would make sense I hang with a malevolent person and see if I couldn’t pick up some tips or techniques.  As it is, the idea of doing that seems ludicrous.

There is another old saw, “Get busy living or get busy dying…” I was inspired to write this when I realized this afternoon, that I was very busy.

I am busy doing good things. I know there are people out there doing bad things. I want to avoid them like The Plague!

This reminds me of something my husband told me years ago. If you’ve been here awhile, you may recall he’s got quite serious ties in the ethereal world.  He travels in those realms and explained how bad spirits try to engage him. He’s been doing this for forty years, that I know of. He’s learned to knock them out of his way.

To visualize this, think about going down a corridor, headed towards a destination. Bad (and maybe some good) entities, on both sides, vie for your attention.

You block them as you move through the passage, because they are not what you’re there for.  You stay on task,

At this point, I am on task in my life. I don’t care care to have lunch with a malevolent person or even speak to one.  I’d see it as a waste of time, without even factoring in the risk involved.

How do you feel about cavorting with a malevolent force?