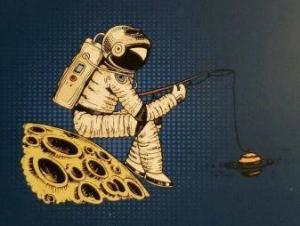 “Make your own rules” is a key phrase for Uranus in astrology. Having been raised by Aquarians, I’m all for it it. I love independence though I think it’s important not to infringe on the rights of others. Boundaries.  Saturn in Aquarius?  There is a line in there somewhere.

It’s the current clash between Saturn and Uranus that has me evaluating this. Each person gets to draw their own line but here’s what I see in regard to the shadow-side of “making your own rules” and detaching in general: you say you’re going to do something. I’m talking about a commitment you make or it might be a promise. In this scenario, the person you commit to believes you. They trust you and/or they take you serious. Time comes to cover the check you wrote with your mouth and you don’t want to do it.

Some people will do it anyway. This is what I would do, simply because keeping my word is a core value to me.  Others may pretend the promise was never made or the commitment does not exist and hope the other(s) involved go along.

There is a third group who will actively justify breaking their promise or their commitment by picking at the other person or the group involved.

In that scenario, it’s pretty common that a person will come up with their own rules as to why they do not have to follow through on their promise. Invariably, the justification for this will be blamed on the other person. It will almost never be seen as a failing on their part.

There is a fourth way to handle something like this. You can tell the person or the group that you are not going to keep your promise and you can tell them why.  In this case, you renege but you own it.

What do you think about this?  What’s the astrology?