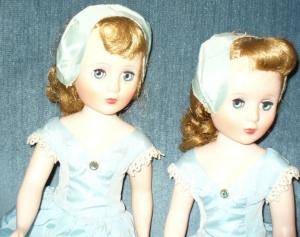 The new moon in Gemini will take place around noon on May 22nd.  The sun and moon will be conjunct at 2 degrees. Curiously, Venus and Mercury will be exactly conjunct at 20 degrees of the sign on the same day.

This makes the situation exponentially interesting, if such a thing exists. If it doesn’t exist, we can just lie and say it does!  Come on! This is not a normal situation.

I feel the energy is captured in both photographs on this post. The girls are pretty (Venus). The look like they could talk you ear off, in a wonderfully superficial way.  The chart below is another striking representation.

I am (not) purposely trying to be a jerk about this.  The fact is, Mars in Pisces will square the new moon. We’re not going to know things for sure.

If all the planets mentioned fall in one house in your chart, it’s going to be hopping. I’m talking about communication of all kinds, most likely short and clipped rather than blathering on and on.

This, unless there’s intent to distract (you or the other).

The whole scene makes me think of a multiple choice test where you’re given a list of statements. All or none may be true. Check your answers.

Those girls are so pretty you may not care if they’re lying, they’re so sweet! 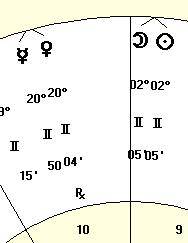 We set intentions under new moons. This should still be done, even this new moon is convoluted or over the top. Here are some ideas based on the house in your chart where the new moon falls.