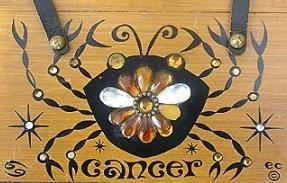 I love my mother very much but we have a deeply challenging relationship. We often both feel misunderstood, and that whatever we offer one another is not good enough. I also have a lot of often unexplained and barely-held-in-check anger towards my mother. She irritates the hell out of me and my impatience leaks out most of the time when we talk.

I don’t like to be angry at my mother, especially because she tries very hard and is very selfless and giving. However, she can also be deeply manipulative and hysterical so my ire does not come entirely out of the blue.

For years I dreamt of never seeing her again, even thought I could spend years happily not talking to her. Although the relationship with her is much better now than it then, it’s still nowhere near as good as it could be. I love her and admire her strength and her intellect, but I often feel like I can’t stand to be around her.

I have no idea how to make the relationship between us better, but I really want to try. Do you have any advice about what’s going on between us, and what the best way is to proceed?

I read your post and checked your chart and it was pretty obvious to me what the problem is. But I want you to know I looked at your mother’s chart as well, in the interest of being careful, conscientious, thorough etc. Sure enough I found that you and your mother are very, very similar. Let’s see:

You’re a Cancer with a Virgo Rising, a Scorpio Moon and some planets in Libra.

She is a Virgo with Cancer Moon, Venus in Scorpio and a stellium in Libra.

See, you have a Moon Uranus conjunction in Scorpio! So you are deeply merged with your mother, and simultaneously wanting to detach and get away! This describes a state of extreme “un-comfort”. But this is in your chart, see. And this means it is your problem. In other words you are going to feel these things, regardless of what your mother does.

But you can make fast progress if you come to realize that everything you loathe about your mother is also inside of you – because it is! But you can revolutionize (Uranus) and transform (Scorpio) her energy, if this is your will. But this is an advanced game. And to get in position to be able to manage this, you must come to understand you have swallowed your mother whole.

Please. Aren’t you manipulative and hysterical at times? Don’t you irritate the living shit out of people at times? And aren’t you strong and intellectual? You get the idea.

Forget about your mother and work with your own emotional nature. If you change, she will change… so change!