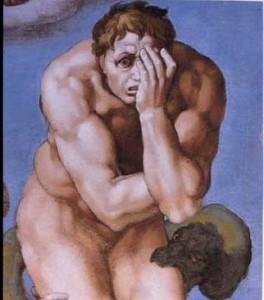 When a person is dumped in a relationship, it’s common they want their ex to suffer. They want them to regret what they’ve done. They hope the pain is excruciating.  People feel this is only fair, seeing as they’ve been left in a way that seems harsh to them.

It also usual that the dumped person wants the regret to hit their beloved, quickly.  If not right now, then by the end of the month.  Two months is two long. Two years is meaningless.  If a person were to be told their ex might regret their action in ten years, they’d probably be pissed.

In reality, I would estimate that 80% of people who leave relationships do not have regrets.  Consequently, I think that waiting on something like this is foolish, though understandable.

I don’t think it matters what your ex does or feels. A person must face their future and head in that direction. I don’t see a lot of choice with this. I have seen people regret leaving relationships but it’s usually over someone they left twenty years prior. Do you really want to wait for that amount of time?  You’re better off to take the hit and move on.

That a person does not regret leaving you does not necessarily mean it’s because they made a good decision.  They may have made horrible decision, but be too stupid to realize it.

There are any number of reasons a person might not feel regret.  They may be brainwashed! “No regrets” is a popular phrase.

Some people think it’s high-minded to have no regrets in their life. I feel a person who has no regrets is probably pretty shallow. They’re probably also self-absorbed.  Because as we age, most of us realize that we’ve done things that are wrong. We’ve made mistakes and others have been hurt by them.

My point is that if you someone dumps you, badly, and they feel no regret, you probably have a good reason to celebrate the fact they’re gone from your life.