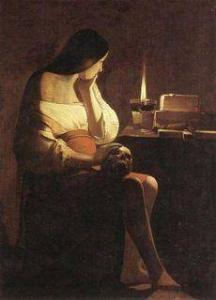 Many people feel they will never partner successfully.  In a study published in Current Directions in Psychological Science, researchers studied some of the ways loneliness is bad for your health. From the press release:

“…However, when the psychologists looked at the lives of the middle-aged and old people in their study, they found that although the lonely ones reported the same number of stressful life events, they identified more sources of chronic stress and recalled more childhood adversity. Moreover, they differed in how they perceived their life experiences. Even when faced with similar challenges, the lonelier people appeared more helpless and threatened. And ironically, they were less apt to actively seek help when they are stressed out. Hawkley and Cacioppo then took urine samples from both the lonely and the more contented volunteers, and found that the lonely ones had more of the hormone epinephrine flowing in their bodies.

Epinephrine is one of the body’s “fight or flight” chemicals, and high levels indicate that lonely people go through life in a heightened state of arousal. As with blood pressure, this physiological toll likely becomes more apparent with aging. Since the body’s stress hormones are intricately involved in fighting inflammation and infection, it appears that loneliness contributes to the wear and tear of aging through this pathway as well…”

If lonely people have a heightened “fight or flight” response, then we’re talking about commitment-phobics (of which I am one). I wonder if Venus Saturn aspects in a chart might indicate a lack of “fight or flight” when it comes to relationship.

This falls in line with something I was realized when pondering the fact I tend to keep friends long term.The relationships remain in tact simply because both parties stay in them. Both parties opt to work things out rather than bolt when things get dicey.

This idea also supports the theory that Venus Saturn types wind up looking pretty good in the end, where as people who have the chance, the ability and propensity to churn through a lot of relationships, wind up lonely in the end.

Do you have Venus aspecting Saturn in your chart? – Check out, Finding Your True Love & Soulmate. It will help!