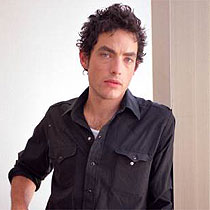 The other night the soldier and I were listening to Julian Lennon and Jakob Dylan both talented and oppressed by their fathers.

I was curious enough to research and found out we had misinterpreted but then today I thought of this again and it occurred to me it is dangerous to piss off an artist. You’ll wind up in a song, see? There are any number of ways you might be mocked and it stuck me as funny. People don’t think of artists as dangerous but they are.

I mentioned this before. Cheat on Hank Williams and people are singing about, “Your Cheatin’ Heart,” for the next 50 years. Whoops!

And since we’re telling the story of me meeting my in laws…. well my sister is a psychic. And that story took place in the early 90’s, I had never written a thing in my life nor did I have any aspiration in that direction.

That did not stop her from telling me I would be a writer (to which I rolled my eyes) and regarding this family, this is what she said:

“They better not piss you off too bad,” she said. “If they do they’ll be sorry.”

“What do you mean?” I asked having never done anything to anyone that I could recall.

“You’ll put them in your book,” she said.

“You don’t have a book yet but you will have a book and they’ll wind up part of it if they’re not careful and they won’t like that shit, lemme tell you.”

Seeing as I would not start writing for TEN years, I had little idea how to respond.

‘Look. I know you don’t know what I’m talking about but in the future you are going to write and when you do most people are going to love it when they are in one of your books.”

“Because it will get them attention and lots of it. But if someone has fucked you up… well they’re going to sorry and I think this family is at risk of that. They are definitely gunning for you, you just don’t realize it and if they fuck you up too bad – well you’ll put them in your book like the mincemeat that they are.”

I laughed. ‘You have an imagination.”

“Well yeah I do but I am also psychic and what I am saying is right.”

I think is a good post for Mars in Pisces (attack via music).

About Being A Misfit And More On Falling From Grace 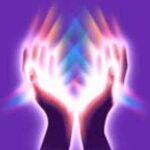