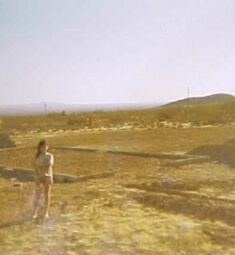 I use Aweber to send my newsletters. I have a love/hate thing with them.

On the love side, they are reliable.  I’ve been using them for nearly ten years. They’ve only had one significant outage during that time frame, due to an attack. Outside of that, they’ve never had a failure of any kind. On the hate side, their editor is ridiculous.

I mean it. It’s horrible, terrible, rotten and not only that, it is bad. There is nothing worse anywhere, that I can think of. This is a great hindrance that has been unsolvable for years.

I call them and vent my frustration every couple years to no end. I made one of these calls a couple weeks ago. This time, I got a very patient young man on the phone.  He admitted there were significant defects with the editor and that I was by no stretch the only person who thought so. He said they were going to roll out a new editor in a few weeks. They are hoping to address these concerns. In the meantime, he offered to help me find a work-around.

The new format of my newsletter is a result of our collaboration. It was not easy to do, partly because I was bitching the whole time. The new letter is made up of modules because there is no other way to add a picture to text. It’s not like any other editor I know of. In whatever case, I sent out the new letter and I’ve gotten a lot of feedback.  It is almost all positive.  I’ve had three complaints and about fifty compliments. Two of the complaints were technical in nature.  But one of them really blew my mind.

The gal warned me, essentially, that she was not going to like me if I became “full of myself”.  I just about fainted. That’s me right there in the picture. I am still like that today, believe me. MOWGLI, stumblin’ on into town. I can barely stand to wear shoes.

The gal has mailed me twice. I will listen to feedback colors if makes something being hard to read but I don’t like being threatened.

I’d also say that she is the one, “full of herself”, since she shared with me her knowledge of why I changed the letter. It makes it harder to “plagiarize”? The thought never crossed my mind.  I guess she doesn’t know that being plagiarized launched my blog into the stratosphere in 2010.

There was more she had to say. None of it relevant to me or accurate as to how and why the change came about.

This is meant to illustrate how far off from reality a person can be; even when they’re completely sure they’re right.  If you have Neptune conjunct your midheaven as I do, this is par for the course.

As I’ve mentioned to some who have written, I am experimenting with my letter at this time. This is my prerogative with Uranus is in Taurus (art).  It is a work in progress,

I have the next four letters written – this is good. I am motivated.  I have explained things in them, here or there.

The letter is not finalized because the new editor will be introduced soon. I expect it to make things easier but for now, the new look is invigorating to me. If it is draining to you, there is a link to unsubscribe. No need to tell me who you think I am, lol. Or guide me back onto the right path!!

Have you checked your projections lately?