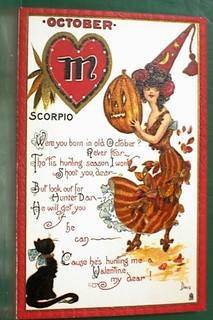 About a year ago I sent you birth data on me and a guy I had started dating. You told me that in 30 years, you’d never seen two people match so well… and one of the things you said was to quit looking for dirt on him, and quit looking in his underwear drawer.

It’s now fifteen months later or so, and it’s crashed and burned. I am the biggest wreck I’ve ever been in my entire life — and I’m 42. Two-and-a-half weeks ago – after spending the previous 4 nights with him – I walked into his house (I had a key) with a bottle of wine and found him on the bed with another woman.. He was clothed but in a dark bedroom, and they were wrapped up together on the bed. Things got ugly, and that’s where it is today.

He doesn’t want to work it out, unless you count that he wanted to see us both, but her not know about him seeing me on the side. I declined that offer, and called her and told her about it – which is when it got really awful.

I don’t mean to say I’m blaming anyone for this! I’m just sending out a big “Please, Help Me!” I’m a mess. I can’t think, I can’t work, I can’t eat. I’ve lost 14 pounds. The pain is so awful. My heart feels like it’s been ripped from my chest. It’s been two-and-a-half weeks and I’m seriously not functioning here.

Can you offer me anything? Please, God, I hope so.

I remember you and I’m terrifically sorry to hear your relationship went south. I wish I had some magic pill for the pain, but I don’t. But it also sounds as if you want some sort of explanation and that I can give.

The reason is that people have their own minds and their own hearts and their own choices to make. Some people make insane choices… or at least it appears this way to others. They choose to stay in a bad relationship or to fuck up a good one, for example. And onlookers say, ‘How could you possibly be so stupid?”

But the fact is, nobody is fit to judge another person’s life. And that may sound ironic, seeing as I do it 6 times a week on this blog, but my opinion is solicited.

I don’t know all happened between you and this man before that last night but considering you’re a double Scorpio, I am sure “plenty” doesn’t begin to cover it. And now he has pulled the plug for reasons you probably only know the half of, and all you can do is go from here.

Here’s how I would proceed…if I were you, that is. If I were a double Scorpio, I would recall just how powerful my energy is and I would immediately take it off this man. Let him drop. Because he will drop, within seconds of you pulling out like that.

This done, I would lie in wait, knowing this is my strongest play, though intensely uncomfortable. I would let the man see what it is like without me. And I would understand that as soon as he found this out, one of two things would happen. That is, he will ring me up in screaming pain or he will be gone.

And this is what you need to know, right? Well that’s the fastest way to find out. Want to know the slowest way? Keep badgering him.