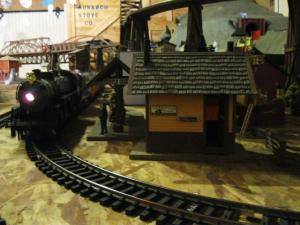 When a parent abuses a child, it’s as if he or she sets them on a track like a train.  If that train does not work to jump that track, that’s it. It will run on that track for an entire lifetime.  Like this…

I was pissed off when I realized this. There was no way I was going to let an abusive parent own my life in that way so I jumped the track. It was a choice!

Also, it’s one thing to jump the track and go your own way – the way of your choosing. That’s good, but there’s more to do. To totally recover and thrive in your life, you have to figure out what you were truly designed to do, before someone decided to interfere and subvert you on your natural path for their selfish agenda.  This is not the easiest thing to do!

I’am talking about the difference between doing what you want to do, your own way, as opposed to excavating what you were truly meant to do.

I considered how my life was meant to unfold, and how it  might have unfolded, had someone not chosen to stick their foot in my path, thwart me and have me fall flat on my face. Working on this has changed my life from good to great.

I’ve also come to loathe anyone who disrupts or hijacks the life a child. I think it’s one of the worst things a person could ever do as the negative effects radiate out and touch many.

As an example, I was meant to marry my husband when we met as teenagers. When someone decided to get in there and derail my life, it impacted my life and his and so on an on.  Many people were affected.

Some don’t believe what goes around, comes around. They don’t believe in comeuppance of any kind. If you’re jacking up a kid’s life at this time, you better hope you’re right. Because it’s no small crime, that’s for sure.

Were you taken off track by an abusive parent? Where are you in your recovery?