It’s hard to believe nearly six months have passed since I wrote about realizing I was far too involved; needing to find my way back towards to margins of life. I felt like I was part of the center of a rug, pulled in every direction. I realized I would be a lot more comfortable and happier if I were more like the fringe that flops around.

This weekend I realized I’d made good on my decision. I behave (and am treated) like an outsider now. I like it a lot.

I remember when my greatest fear was that I turn out like my grandfather, Henry. He was cool and all, but he was alone.  Today I realize I can’t fight the tape. I can’t be what I want to be, I have to be what I am. What I am is a descendant of Henry’s.

These days I go to town for certain reasons, do my business and come home. If I am invited somewhere, I go if I want and don’t go if I don’t want. I don’t think about the repercussions of decisions like this. I’m through with politics.

There is that old man around here, who stands by the side of the highway at the end of his drive and waves at cars. Or sometimes he backs his truck up, sits on the tailgate and waves from there. I don’t think he much cares about politics either.

Have you ever read this story, Desert Living, Once Upon A Time? I wrote it a long time ago. Satori told me once, it was one of her favorite things I’ve ever written. That was a long time ago, though, so I don’t know.  But the point is, I’ve been here before and now, 28.5 years later, I am back. 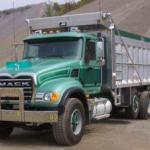 Chaos Ongoing, Car Accident & Daredevil Moves By Me & My Friends!