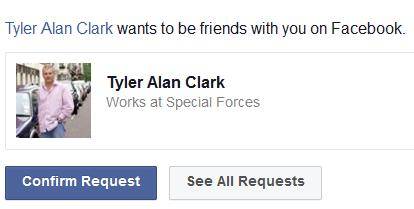 I was talking to a client, last night, about the legions of disillusioned people. The US elections and the media coverage of whatever, disturb people but it’s the tip of the iceberg.

Someone around here wrote about looking for a job (online) and coming to understand, many of the job listings aren’t real. I hadn’t heard this before, but it’s not hard to believe. We do know that most the female profiles on Ashley Madison are fake.  I’m bet it’s no different on the more mainstream dating sites.

I am solicited on facebook, by fake men with fake military backgrounds, on a daily basis.  Facebook in general is largely an illusion on a variety of levels.

In the same vein, I was shopping for vanilla a few weeks ago. I buy vanilla in bulk so I was interested in the price per ounce. I was staring at the computer generated shelf tag. 12 oz of vanilla cost $10. The shelf tag informed me that this was 50 cents per ounce. Ummm…no it’s not.

When the veil drops, it’s very painful. You really wanted that (fake) job, that (fake) man or woman. You believed! Maybe you trusted the official looking computer printout to do your math for you. SNAG!

Colorado keeps sending me demand letters for $819 that I don’t owe them. Every time I get a letter, I call them. We both agree, I don’t owe this money. It was paid on time, electronically. We both have records of this, but I still keep getting letters (three and counting) outlining my (fake) problem.

I will get the nerve killed in neck, next week. I have been trying to get treatment for this since, November, 2015!  Seriously. I am on my 6th doctor now, 7th if you count the physical therapist, but this one will do the trick.

You simply have to persevere (Saturn), even it things are clouded and you feel confused. Remember satori’s wisdom, “If it hasn’t ended well, it’s because it hasn’t ended.”

This really is quite a phenomena. If you’re lost, I can offer you this – Staying Stable As Reality Morphs.

One more thing. Liars are lying in ways and at rates that seem unprecedented to me.  And many continue to believe, not wanting to face to devastation, emotional and otherwise, when the truth does out.