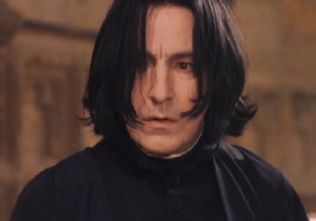 “Are our most beloved literary characters beloved because they correspond to the universal purpose of astrology? Last summer, in the midst of Harry Potter mania, I saw a list someone had compiled of the various birthdays of the characters. They all seemed to match very well. For example, I couldn’t imagine Snape as anything but a Capricorn. And would Harry be “the boy who lived” if he wasn’t a Leo?

My latest book is Anne of Green Gables. While listening the other day, and hearing the imaginative, dreamy ramblings of the main character Anne, I told myself that I would be shocked, shocked if she were anything but a Pisces. Within 5 minutes, the Anne character said that she had just turned 11 in March. More likely than not that the character is Pisces.

I think that the characters we love most resonate with the unconscious knowledge that we all have about what traits are believable. What do you think?”

I’d say the most memorable fictional characters very much hold true to some form. It reminds me of Jodie Foster’s refusal to reprise her role as Agent Starling in The Silence of the Lambs in the second movie, Hannibal Rising .

Foster felt her character in second movie acted out of character and so wanted nothing to do with it. She was so right…

Do you recognize the astrological archetypes in literature? Tell us!