When I did the radio show with, Robert Phoenix, I talked about life being contained. I don’t recall exactly how I phrased it but the idea is that we’re all corralled and our areas of operation are shrinking.

I also mentioned I felt the ceiling was being lowered at this time.  I think I mentioned, the idea is that we have too much money. We’re getting a collective haircut so to speak.

Now these are my thoughts, exclusively.  I often use analogies to describe situations because this is how my brain works.  Templates!

If you’re not familiar with the term “cellar boxing”, it refers to a situation where the stock of a company is shorted until it’s brought under control.  From that point on, the stock does not trade above the ceiling of the cellar box – the price is suppressed.  If you’ve been in the stock market for any amount of time, this probably sounds familiar.  Over time, the ceiling of the box is lowered until the company is destroyed.

This method can be used in other situations. This blog is “cellar-boxed” and it has been for years. The traffic to this site is regulated. If I get a large influx of traffic from some independent source, the traffic that is sent to me via search is curtailed to keep me in the box. When the traffic bump subsides, I go right back to my set level.

I have watched this ceiling lower in increments over the last twelve years or so. If you have seen this in the stock market, it’s exactly the same. It’s like being but on a starvation diet. I have enough to survive, but that’s it. My head is right there, brushing against the ceiling, on a daily basis.

So what if you’re not in the stock market and you don’t have a website? It doesn’t matter. We are all in the process of being cellar-boxed at this time.  Do you not notice you have less money to spend?  There are numerous ways you are being pushed down.  If you can’t see it yet, I think you will very shortly.

This is why I am trying to write about practical matters. It’s time to get real about your life situation because you are very unlikely to wake up tomorrow, in a fluffy, comfy scenario.

Are you aware of the walls and ceiling closing in?  How do you feel about this? 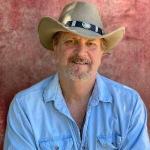 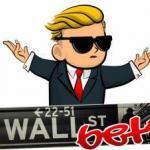