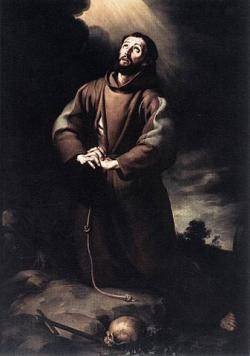 Few would argue the fact, society is deeply divided at this time.  Those on one side cannot relate to the other side. More and more, they don’t even want to try.

This is sort of the facebook reality. You say the wrong thing and get unfriended. This seems insanely superficial to me. There is no real feeling that goes on. It’s like a monkey that’s been taught to sort beans by their color. Green beans in one pile. Blue beans in the other. When you see a blue bean in your green beans, you have to do something about it.

I am not sure if this is due to age, my transits or both. I do have Pluto transiting my 12th house and Saturn joining Pluto, soon enough.  There are a lot of things hidden. But what I’ve come to realize is that most of a person; their life, their feelings and their experience, are never going to be known.  People die and drop off.  They just do.

We do not keep, Marilyn Monroe, alive. Or Elvis. Or Steve Jobs. Or whoever.  We keep their image alive. That person; their soul and such, is really known to no one.  You think you know your partner / your soulmate. I don’t care if you’ve been married, fifty years. You may be very close to your spouse but there is still a spiritual connection with the divine that transcends any human connection.

I have written about Neptune on my midheaven for years. I’m constantly mistaken for who knows what.  It’s always been this way, but when I began to write online; I enjoyed / suffered broader exposure. This phenomena really showed itself. I’ve learned a lot.

I’ve learned that most of life is a mystery. It’s not reasonable, that I would think I could be understood or that I could understand another person. I wonder know if you can only fathom a small fraction of another person’s soul, psyche, intellect…see? We don’t even know what it is we’re dealing with, really.  And whatever it is, it changes. The change can talk place in a fraction of a blink.

I’ve very lucky in that I can communicate with others. Words that describe some experience I am having, come through me and move people. Like when I was on the phone yesterday, with denamaria. Remember her? I started her crying, because she connected with a (life) picture, I was describing in that moment.

Now think ahead some years. Eventually one of us will die.  The other person would have a really hard time trying to get someone to understand and/or appreciate the phenomena that occurred during that call.
~~

“I like that priest,” I told another friend. “I think he likes me. We’d be friends if I were less stupid. I’m not smart enough to be his friend but we have some connection, just the same.”

This is another example. There is a link between two people. It’s minute. It’s tiny. It’s phenomenally limited, but it’s also vitally important.

How important? How to explain this? Can be explained?

I hope I’ve written this well enough that it’s understandable. Don’t let yourself become a bean sorter. That stuff is not important. It’s a diversion and I’m not even sure it’s real. 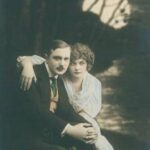