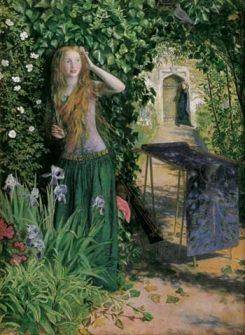 I recently had a short-lived relationship with a Leo. It ended because I discovered that he hadn’t been altogether truthful about his involvements with other women. While I’m glad that I found out before I got too involved, it also made me realize that this isn’t the first time that this has happened!

Another old boyfriend had a similar problem, only he got married after we broke up… and neglected to tell me, even though he was writing to me for months and months. While neither of them out-and-out lied about anything, both were experts at twisting facts to their advantage.

While I’m thankful that all of my ex-boyfriends haven’t been like this, I have say to that the possibility of getting involved with more “fluidly truthful” guys freaks me out a little bit – especially since I couldn’t tell what was wrong until the truth came out. Are there any
indicators in someone’s chart that point towards someone being more honest or less honest? More gullible or less gullible?

Also, is it realistic to expect someone to be totally honest about all of this? I try to be honest with men, but the Leo told me that most people don’t even want to hear all of the truth all of the time. What do you think?

There are all kinds of lies, and all kinds of liars. There are cases when a person is lied to… out and out deception. And there are other cases when a person lies to themselves, ignoring obvious cues and clues… and then projects the nasty behavior on the partner when the veil drops. I could go on with the various scenarios and combinations but you get the idea. This is not a narrow question.

See, Neptune / Pisces has a reputation for deceiving, where Gemini can tell almost constant tiny fibs. The fire signs exaggerate and Scorpio will lie like a rug about anything they don’t happen to want you to know. But really just about everyone lies at one time or the other, to one degree or the other, consciously, semi-consciously, sub-consciously, accidentally, unknowingly… you get the idea.

So I don’t think you are going to be able to nail down some kind of marker in a chart and say “that’s the chart of a liar!” I think that at best, people tell truth “most of the time” so I actually kind of like your term, “fluid truth”.

Now specific to your problem, there are signs of “gullibility” in your chart. Neptune square your Moon for one. But get this. The confusion goes both ways.

For example, with Neptune square your Moon, you will be confused at times about how you actually feel. But let’s say you’re married, or you’ve got some man, and you are in an established relationship. He says “I love you,” and you answer him on auto-pilot, “I love you too.” You say this, even though sometimes you wonder. You say this because although the tide goes out, you’ve seen it come back in enough times that you say “I love you” on faith. But fact is, in the moment, you just wish he’d shut up. Or maybe you wish you were on a beach in Tahiti or something. So did you just lie to him?

I say this to open you to the idea that you yourself are probably not expressly honest. Like that guy up there, your hypothetical husband. You yourself may be entirely capable of saying “I love you” a year beyond the time you stopped, out of sheer compassion! You don’t want to hurt him, do you? But then you file for a divorce.

So I would think along these lines. Because I suspect if you become more aware of your own ability and capacity to deceive, you will see the pattern change… along with your reaction to it. 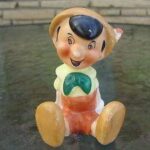 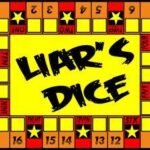 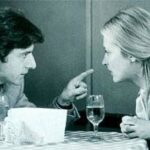 She’s Inordinately Honest Except For When She Lies 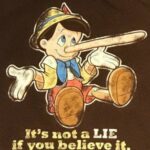