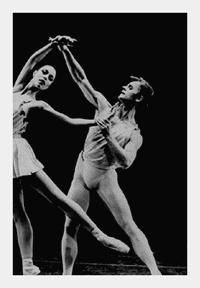 Silverfoot left this great comment on the blog about the film, “Ladies and Gentlemen… Mr. Leonard Cohen” : “…watched it in Documentary film class last year. and I am a big Cohen fan, but even taking my bias into account, that film is brilliant. So much of it is set up in a kind of candid camera style, like the cameraman is just recording the events as they happen, but then they let Cohen subvert that, and reveal the constructed nature of documentary film.

So for me, it was the “CAVEAT EMPTOR” bit that really grabbed me. His need to be a double agent working for the audience, to show them the film is not entirely ‘devoid of the con.’ There’s something vaguely Virgo/Neptune going on there…needing to be upfront with the ‘truth,’ but doing it stylishly.”

Silverfoot, my sister is a Pisces and a dancer / choreographer. And she explained once how difficult and frustrating it was to work so hard to make something magic (a dance) only to have Virgo come along and point the strings that hold up the puppets.

And the whole illusion Pisces has worked so hard to create is now kaput! “It’s ruined by the Virgo,” she said. And I have experienced the same thing with my storytelling. 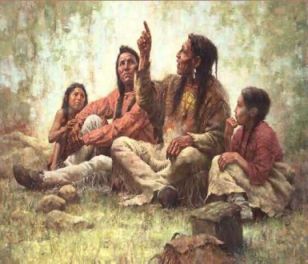 As you know, I’ve been telling these stories in serial fashion for years now. And it’s an organic process for me. By that, I mean I don’t work with an outline. I just decide to tell a story and like Khalil Gibran’s, Children, the stories come through me. This is how it feels anyway. I don’t write them as much as I allow them to be written through my hand.

I also don’t write them in advance. I write and post as I go so it’s a very flowing thing but there are some people who just can’t stand that. It’s as if they just don’t have the ability to watch a movie, or to let a story unfold and I’ll give you a good example.
When I wrote ‘Shack Man”… well he has a Pisces Mars. So in the beginning of the story, when I first met him, it was very hard for because it was impossible for me to discern what he was up to. His action (Mars) or rather his action, followed by supposed inaction, followed by his action then inaction; (two fish in opposite directions) had me completely baffled.

I reacted to this in accordance with my personality, thrusting and then yielding, blowing my top or whatever, which was what the story was about at that point. It was the set up of the rest of the movie but people just could not stand this and the comments came in like this: 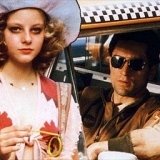 And I don’t mean “comments”. People became furious. They were going to string me up and I just couldn’t function on this. Here I am telling them what happened and they’re mad as hell because I won’t tell them what happened! But this IS what happened. I didn’t know what Shack Man was up to for weeks. For many weeks! And this is what created the pressure cooker and the stew and the story itself and here the people don’t want enjoy this.

And other people had another way of disrupting the art. “But how’s this figure with the last story you told?” they asked. “Yeah, but what about, John or Tom or Bill?”

Well jeez. Let me stop this movie right now and ‘splain this to you! And to me it makes no sense. It’s like watching Martin Scorsese’s “The Color of Money” and wanting to discuss his other film, “Taxi Driver” in the middle of it. Huh? It makes you want to bang your head on a wall!

So back to the Cohen movie, at least this was revealed at the end. Just imagine how disruptive it would have been if they’d chopped up the movie by injecting reality every 10 minutes. Or how about a novel where every 10th page there’s a notice, like a warning on a pack of cigarettes to tell you this is not real, or that perhaps you could be doing something else, like your laundry instead of reading the book!

So anyway, maybe you can see why my Pisces sister would be driven to nearly pull her hair out over the Virgo scrutinizing a dance without appreciation for how inspired and very delicate in places the thing they’re being treated to actually is. It’s called missing the point! But with Cohen having both Virgo and Pisces his chart… well I just thought this was a vivid illustration of the polarity.

Are you able to enjoy a movie without trying to figure it out? What’s the deal with Virgo/Pisces in your chart?